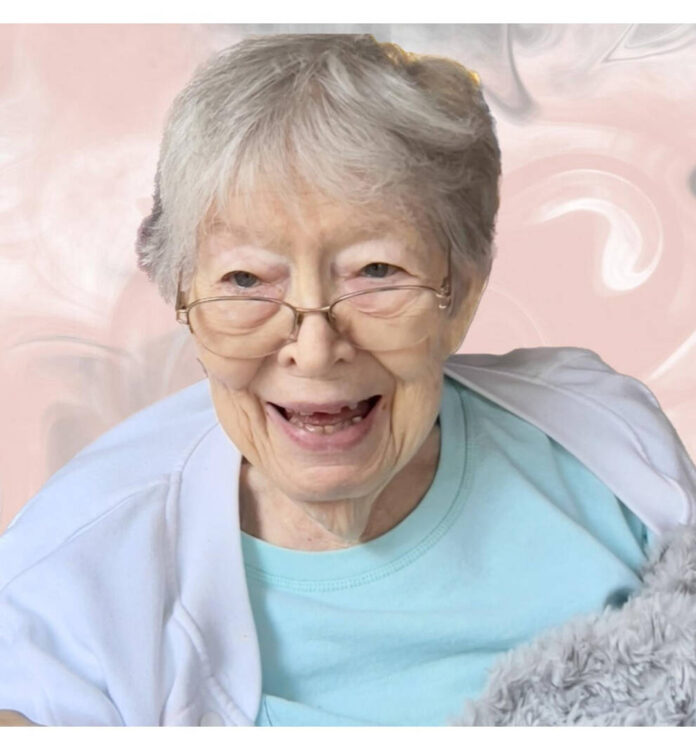 Zella Willadene (Campbell) Wolfe, 90, formerly of Greenfield, IN, beloved wife of the late John Pence Wolfe, passed away on November 29, 2022, at the home of her daughter, Cynthia, in Sumter, SC. She was born in Marion, IN on February 27, 1932, the daughter of James and Hazel (Hood) Campbell.

She graduated from Marion High School in Marion, IN. She worked as a sales associate at Ben Franklin dime-store and then worked in food service in the bakery at Eli Lilly in Greenfield. She was also a church custodian with her husband at Greenfield Christian Church for many years. Her activities included knitting, crocheting, sewing, and making cookies with her grandchildren.

She was proceeded in death by her sister, Veda McCombs; one granddaughter, Stephanie Shirley; and one great-grandson, Austin Norris.

Funeral services will be held at Stillinger Family Funeral Home, 1780 West Main Street, Greenfield, IN, Monday, December 5, 2022, at 1:00pm officiated by Mark Campbell, with visitation from 11:00am – 1:00pm. Entombment will be in Flanner and Buchanan-Washington Park East, 10722 East Washington Street, Indianapolis, IN.

Memorial contributions may be made to Cross-Bridge Christian Church, 2490 Sargent Road, Dalzell, SC 29040, where she regularly attended with her daughter and son-in-law.