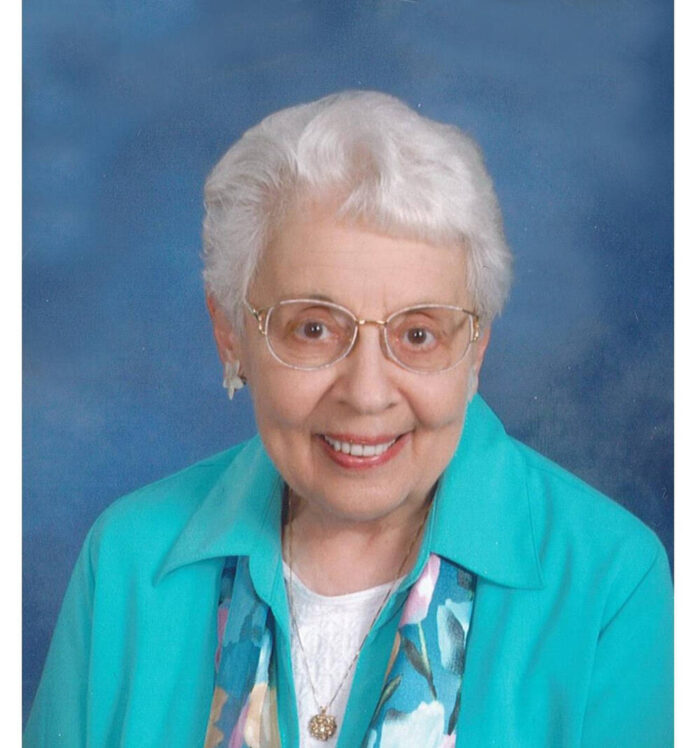 Doris E. (Snyder) Vandine, age 93, of Franklin, passed away Friday, November 18, 2022, at Otterbein Franklin SeniorLife Community. She was born in North Liberty on August 21, 1929, to Harold E. and Helen M. (Kaser) Snyder. She graduated from North Liberty High School in 1947. Mrs. Vandine received her bachelor’s degree in 1963 from Franklin College; and her Master’s degree from Indiana Central College in 1972. She married Rev. Ross Vandine in 1949.

She was a teacher for the Indianapolis Public Schools, and both Brandywine and New Palestine Elementary Schools, retiring in 1988 after 25 years in the teaching profession. Mrs.Vandine was a member of the New Palestine United Methodist Church and the Indiana Retired Teachers Association.

A graveside service will be held on Wednesday, November 23, 2022, at 10:30 a.m. at the New Palestine Cemetery, with Pastor Roger Holder officiating. A Memorial Visitation will be held on Wednesday, November 23, 2022, from 2:00 p.m. until 4:00 p.m., at the Otterbein Franklin SeniorLife Community, with a service following at 4:00 p.m.

In lieu of flowers, memorial contributions may be made to the American Cancer Society, or the Alzheimer’s Association. Envelopes will be available at the Otterbein Franklin SeniorLife Community. Friends may share a memory or condolence at www.erleweinmortuary.com.

Arrangements are being handled by Erlewein Mortuary &Crematory in Greenfield.