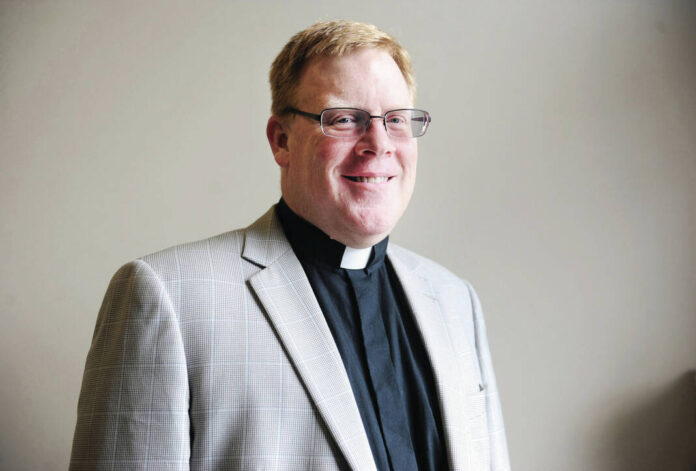 I recently watched a Youtube post of a podcast done by a once-popular reporter of the news on television. The topic of this particular podcast episode was Religion and Faith, and the reporter had a minister from a well-known and influential Christian denomination as a guest on her show.

The interview lasted over 90 minutes, but what stayed with me afterward was the last 10 minutes, when the host of the show asked the minister for absolution of a particular sin, only to have him deny her that absolution.

To be fair, the minister was trying to take seriously the sin confessed by this woman, and he was doing that according to the directives of their church. However, those directives are not found in Scripture, but are a product of their church body’s tradition.

With that I’m reminded of the words of Jesus in Mark’s Gospel, where He says of His opponents: “You leave the commandment of God and hold to the tradition of men” (Mark 7:8).

I’m no expert in the traditions of their church, but as a lifelong Christian I am pretty sure that one of the commandments of God, perhaps the chief commandment of God for those who follow Jesus, is to give forgiveness to anyone who asks for it. Jesus teaches the inexhaustive nature of forgiveness in chapter 18 of Matthew’s Gospel (verses 21-22), and in Matthew 6 (verses 14-15). He makes it necessary for those who follow Him to forgive others.

In Luke’s Gospel, one of the first things Jesus did after His resurrection was speak about the availability for all people of the forgiveness of sins (Luke 24:47), and in Luke’s book of Acts, Peter even says that those who crucified Jesus could be forgiven. In Luke 23:34, Jesus even forgives His enemies from the cross!

These, and plenty other Scripture passages, make it clear that when those who believe in Jesus confess their sins, they are forgiven — totally and completely, no strings attached.

You’ll notice that I’m speaking here in vague generalities, not identifying either the podcast host, the minister, or the church they both belong to. That’s because I don’t want to start a “holy war” of local believers in the newspaper.

But I will say this: God sent His Son, in the Person of Jesus Christ, to save the world from sin. He did that by dying for sin, that sinners of every time and every place could be forgiven. In spite of all that divides us, that is one thing all Christians should be able to agree on: the forgiveness of sins for the sake of Jesus’ death and resurrection.

Whoever is reading this, let me assure you that Jesus died for you. He died so that when you are sorry for your sins, and ask to be forgiven, you are forgiven — totally and completely, no strings attached. That’s what we call the Gospel, the good news of Jesus.

I hope someone shares that good news with that podcaster.

Dan O’Connor is pastor of Faith Lutheran Church in Greenfield. This weekly column is written by local clergy members.