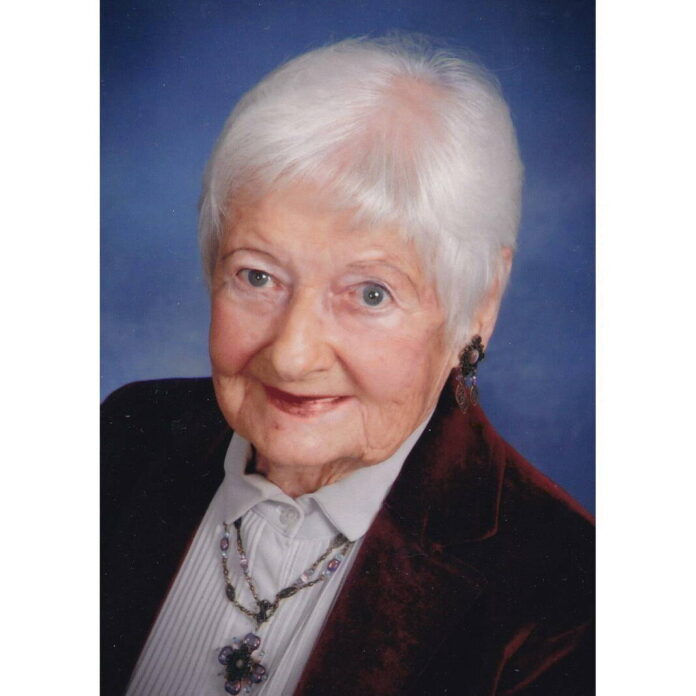 On August 9, 2022, Phyllis Maxine (Hasty) Humble went home to be with her Lord and Savior. She was born March 15, 1928, to Robert and Hazel (Little) Hasty of Matthews, Indiana. She grew up on their farm with her brother Delver, and graduated from Jefferson Township High School in Grant County. She met her husband Bill at Epworth Forrest church camp in North Webster, Indiana. Bill served in the Navy and they were married 60 years when Bill died in 2007. From their marriage came four children who survive her: Barry (Dian) of Berne, Indiana, Jeff (Kristi) of Pendleton, Pam (Dr. Dan Bennett) of Fishers and Bob (special friend, Caryl) of Greenfield.

Phyllis was a devoted wife, mother and grandmother and cherished her times with family. She and Bill enjoyed times spent with their many friends through square dancing, camping, golf, wintering in Florida and traveling on several cruises. She was an active member of the First United Methodist Church in Pendleton for over 60 years. She and Bill were youth counselors and members of the Building Committee for the present church building. She was also a member of the WSCS (UMW), long-time choir member and worked in numerous unofficial capacities. In addition, she was a member of the Eastern Star, Sigma Phi Gamma, Olivian Society, Ladies Shrine Club of Madison County, Pendleton Fire Department Women’s Auxillary, Red Hat Society of Fort Myers, Florida and from 1961-2013 a member of Idlewold Golf Club and Ladies Club. She was the long-time Historian of the Ladies Club.

Arrangements are being handled by Wilson St. Pierre Funeral Service and Crematory, Lahm Chapel, 211 E. State St., Pendleton, with visitation at the funeral home from 4 to 8 p.m., Friday, August 12, 2022 and services at the First United Methodist Church, 225 W. State St., Pendleton, Saturday, August 13, 2022 at 11 a.m., with visitation one hour prior. The services will be led by Reverend Barry Humble and Pastor John Groves.

Memorial contributions may be made to First United Methodist Church ATTN: Kuandaa International or the Shriner’s Children Hospital Fund.