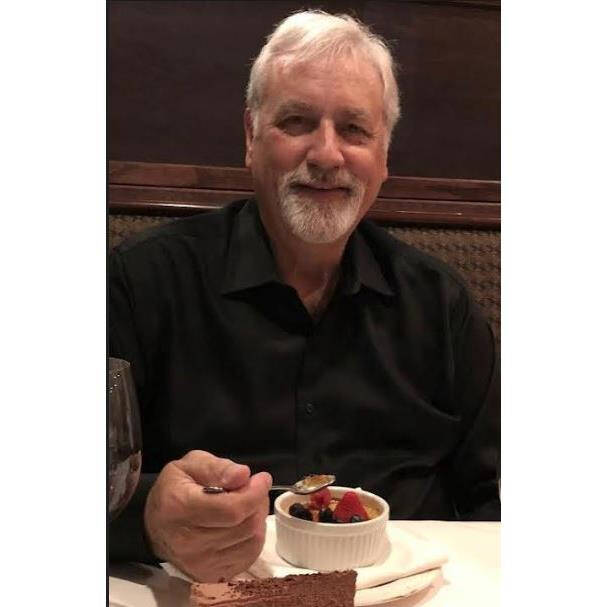 Richard L. “Ric” Butz, 67, of Bella Vista, AR died suddenly July 29, 2022, after suffering a heart attack. Ric’s family takes comfort in the knowledge that the angels who surrounded him as doctors who tried to save his life were there to escort Ric’s soul to his eternal life.

Ric was born November 4, 1954, to the late Rev. Lee and Terrie Butz in Lakefield, MN. Most of Ric’s early years were spent in Greenfield, IN where he graduated from Greenfield-Central High School in 1972. He remained close to many of his Greenfield friends for the remainder of his life. Ric graduated from Concordia Junior College, Austin, TX and Indiana University, Bloomington, IN. He then moved to San Francisco to obtain a degree in audio engineering.

Ric was a Senior Recording Engineer at Westlake Recording Studios in Los Angeles for ten years, before moving to Walt Disney Studios as an audio restoration mixer, conformist, and editor for more than 24 years.

Twenty-five years ago, on April 19, 1997, Ric married the love of his life, Rhonda Krohn Fish. Together they enjoyed being parents to Rhonda’s three sons, boating, traveling, and spending time as family. When Ric retired to what he called “greener pastures” he and Rhonda moved to Bella Vista, Arkansas. There they relished time spoiling their beloved dog, Bear, golfing, watching sunsets on the deck, drinking good wine, traveling to see family, and just being together. Ric enjoyed spending time with “the boys” and was never happier than when he was playing with his grandchildren or visiting Dairy Queen with a certain “Peanut”.

The son of a Lutheran pastor, Ric was a life-long Lutheran. His faith in Christ was paramount in his life; he was not shy about sharing the good news of God’s gift of salvation with anyone. He loved working with the members of Bella Vista Lutheran Church, serving with gladness to improve all things technical. Ric truly had a servant’s heart, always putting the needs of others before his own, and letting his speech and actions demonstrate his faith. His smile, huge hugs, and generous spirit will be greatly missed.

Ric was preceded in death by his parents, his mother-in-law, Janice Krohn, and his brother-in-law, Bill Carson. His dear dog, “Miss Bear” aka “Bear Cub” must have been overjoyed to have been reunited with her beloved master in one of Heaven’s many mansions.

Hunter; Alex Kolva; Justin Krohn and wife Jen; Erica Krohn-Barkey, Jordan Krohn, Briana Meeske, Conner Meeske; great-nieces and nephews, Kiera Baker, Jaden Kolva, Emeri, Essa and Everest Barkey and Chloe Meeske. Although we are all crushed by Ric’s sudden and unexpected death, we rejoice that he has received his crown of life and that we who share his faith will have a Heavenly reunion with him in God’s own time.

A celebration of Ric’s life and eternal life will be held at the Bella Vista Lutheran Church, 1990 Forest Hills Blvd., Bella Vista, AR 72715 on Saturday, August 6th, 2022, at 2:00p.m. Those wishing to do so may donate in Ric’s memory to his church.