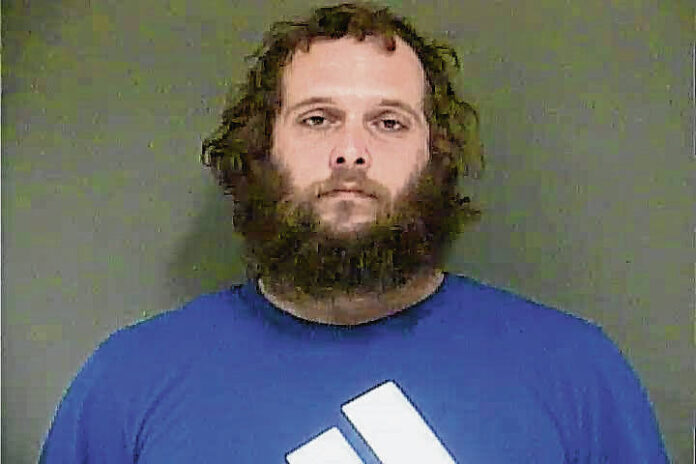 INDIANAPOLIS – A Maxwell man was sentenced to two years in federal prison after pleading guilty to unlawful possession of a firearm by a person previously convicted of a misdemeanor crime of domestic violence.

Jason Lee Munden, 32, received the sentence. According to court documents, on March 1, 2021, deputies from the Hancock County Sheriff’s Department served a warrant to arrest Munden for burglary. During the arrest, deputies found a short barrel rifle they suspected belonged to Munden. Munden was detained and placed a monitored phone call in which he admitted that the rifle belonged to him, in one instance referring to it as his “hand cannon.”

Munden was previously convicted of domestic battery after he punched the victim in the face and threatened to kill them. As a result of that domestic violence conviction, Munden was prohibited from possessing firearms.

Zachary A. Myers, U.S. Attorney for the Southern District of Indiana, and Hancock County Sheriff Brad Burkhart made the announcement.

The Hancock County Sheriff’s Department investigated the case. The Bureau of Alcohol, Tobacco, Firearms and Explosives provided valuable assistance, according to a news release from the U.S. Attorney’s Office. The sentence was imposed by U.S. District Judge Richard L. Young. As part of the sentence, Young ordered that Munden be supervised by the U.S. Probation Office for three years following his release from federal prison.

The case was brought as part of the LEATH Initiative, or Law Enforcement Action to Halt Domestic Violence, named in honor of Indianapolis Metropolitan Police Department Officer Breann Leath, who was killed in the line of duty while responding to a domestic disturbance call. A partnership among the ATF, IMPD and U.S. Attorney’s Office for the Southern District of Indiana, the LEATH Initiative focuses federal, state and local law enforcement resources on domestic violence offenders who illegally possess firearms.

The case stemmed from the theft of nearly 40 guns, ammunition and gun accessories from a home in Charlottesville in February 2021. The Hancock County Prosecutor’s Office initially pursued the case, but dropped it after the feds got involved. The investigation also led to William Terrance Campbell, Greenfield, getting indicted in federal court on a count of felon in possession of a firearm. Campbell’s case is pending.