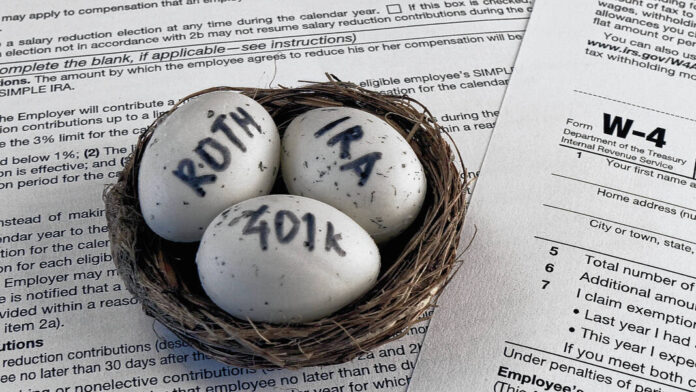 Retirees who can afford to sit on their nest eggs a little longer to allow more tax-deferred growth could win big from a bill that is sailing through Congress.

The House of Representatives last week overwhelming approved a bill that will increase the age that people are required to start withdrawing money from their retirement accounts from 72 to age 75 in three steps over the next 11 years.

The comprehensive retirement bill called Securing a Strong Retirement Act of 2022 — or Secure Act 2.0 — passed the U.S. House by a vote of 414 to 5, and will now go to the U.S. Senate where it has bipartisan support.

If it becomes law, Secure 2.0 will be the second time in three years that Congress has raise the required minimum distribution, or RMD age. It would establish a schedule to raise the age in stages until the year 2033.

“While a bit complicated to keep track of in my humble opinion, I like the fact that people will be able to delay further the requirement of taking money out of IRAs if they don’t need the money — thus delaying paying income tax on that money,” said financial adviser J. Victor Conrad, owner of Pinnacle Financial Strategies in Pine Township.

The legislation builds on the first Secure Act, which was passed in 2019, and paints a broad brush across the entire spectrum of retirement issues — opening the doors of access to retirement plans for more people, allowing retirement savers to put away more.

The act would require employers to auto enroll workers in retirement plans — which will result in more savings.

It increases the limits on catch-up contributions for older workers and makes special provisions for workers burdened with student loan debt by allowing employers to match the workers’ debt payments with contributions to the workers’ retirement account.

“This is a recognition that Social Security will likely face challenges,” Chaney said. “So, the more assets people can build for themselves the better.”

People with enough retirement income to live on can let their IRAs sit in tax-deferred investments and let the balances grow before having to pay taxes on the money if Secure 2.0 becomes law.

The federal government requires retirement account owners to start withdrawing a minimum percentage of the account balance when they reach a certain age so that the person can begin paying taxes on the withdrawals.

For years, the age for RMD was 70 1/2 . The Setting Every Community Up for Retirement Enhancement Act, also known as the Secure Act of 2019, increased the age to 72.

Currently, employer matching contributions to retirement plans must be paid into pretax accounts.

Under Secure 2.0, starting in 2023, company retirement plan sponsors could allow employees to elect for some or all of their matching contributions be treated as Roth contributions.

“I frankly like this option being made available to savers,” he said, “just need to be aware of the tax treatment of the Roth company matching contribution.”

Secure 2.0 keeps the existing 401k and 403b plan catch-up contributions limits for those age 50 through 61. But the annual catch-up amount for retirement plan participants ages 62 through 64 increases to $10,000 starting in 2024.

Another change in retirement savings rules — which encourages Roth contributions — is that starting in 2023, all catch-up contributions to employer-sponsored plans must be made to Roth accounts.

It also expands automatic enrollment. Whereas employers have had the option to add eligible new employees to their retirement plans since the late 1990s, Secure 2.0 requires employers that offer qualified retirement plans to enroll all newly eligible employees in the plan at a 3% contribution level that ticks up by 1 % annually to 10%.

“Several studies suggest that most Americans are not adequately saving for a secure financial future,” she said. “For some, it may be because retirement is too far in the future … But for most, they simply don’t have enough resources to allocate to a retirement plan.”

Running out of money in retirement worries 63% of non-retirees more than the fear of death, according to a new study from Allianz Life based in Minneapolis.

Kelly LaVigne, vice president of consumer insights at Allianz Life, said the study found pre-retirees are concerned about the current market and aren’t sure how they will be able to save enough for retirement.

He believes provisions in Secure 2.0 such as auto enrollment in 401Ks at 3% and allowing employer matching contributions for workers saddled with student loan debt will address some of the retirement savings gap.

“What this does for the younger saver is it puts money away for retirement before they even see it or before they miss it,” LaVigne said. “And it encourages saving for future retirement. The earlier you start the better off you are.

“This bill really builds upon the first Secure Act, adding some more provisions that will be able to help both younger people who are saving for retirement.

“And also [it helps] older individuals who are either underserved for retirement, or they are concerned about taking out good money from their IRAs early and then have to be concerned about living too long.”