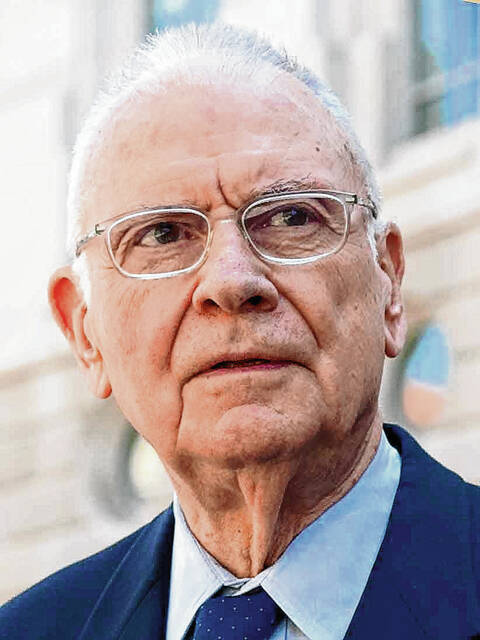 President Joe Biden took office a year ago with a promise to restore America’s role as a world leader, re-engage with allies and rebuild alliances that had frayed under Donald Trump’s “America First” approach. “America is back. Diplomacy is back,” Biden said.

For the most part, he has followed through. He met with international leaders and reassured NATO members that the United States would stand with them. He rejoined the Paris climate agreement and the World Health Organization. His efforts won early approval from America’s allies, with some leaders expressing relief that the U.S. was resuming its traditional role.

Joe Biden and I worked together back in the 1970s and ’80s when he was on the Senate Foreign Relations Committee, and I was on the House Foreign Affairs Committee. He’s experienced, having served as a senator for 36 years and vice president for eight. He’s calm. He’s open-minded. He’s pragmatic, not an ideologue. He values bipartisanship and does not hesitate to separate himself from Democratic Party orthodoxy. He’s his own man.

In foreign affairs, Biden benefited from the contrast with Trump, who had no foreign policy experience and often seemed to go out of his way to antagonize our allies.

Rejoining the Paris agreement gave the U.S. a prominent role in fighting the existential threat of climate change at a time of unprecedented extreme weather, floods and fires. Similarly, rejoining the World Health Organization was important as the global COVID-19 pandemic shows no sign of ending. Biden also reached out to Asian leaders in the belief that partnerships with Japan, South Korea, India and Australia will help check China’s regional ambitions. Closer to home, he has tried to strengthen ties with our neighbors in Canada and Mexico.

His efforts seem to have earned little credit with the U.S. public, however. According to a November 2021 Gallup Poll, a clear majority of Americans disapprove of his handling of foreign affairs. His low approval ratings may relate to one serious foreign policy failure: the hasty withdrawal of U.S. personnel from Afghanistan.

Biden had pledged to end America’s longest war, and he was determined to do so. But U.S. officials were caught off guard by how quickly the Taliban seized control of the entire country. The disturbing scenes at the Kabul airport as Americans and Afghans desperately tried to evacuate, along with the suicide bombing that killed at least 180 Afghans and 13 U.S. military personnel, dealt a serious blow to America’s image. Biden, as president, was responsible. As Harry Truman said, the buck stops here.

Biden’s second year will bring more foreign policy challenges. The administration correctly sees China as our primary rival, with its autocratic government and centrally planned economy challenging America’s open, democratic model. Russia is threatening its neighbors as Vladmir Putin tries to establish a sphere of influence; Biden has warned there will be consequences if Russia invades Ukraine.

Biden has faced criticism from the right and the left regarding the Mexican border, which saw a record surge of migrant crossings in 2021. With many migrants coming from Central America, the administration has tried to address the root causes of migration: poverty and violence in Guatemala, Honduras and El Salvador.

These issues are difficult, and there are sure to be more that we can’t anticipate. The good news is that Biden brings extensive foreign policy experience to the job. He believes in realistic, hard-nosed diplomacy, and that’s what we will need to get through the challenges we face.

Lee Hamilton is a senior adviser for the Indiana University Center on Representative Government; a Distinguished Scholar at the IU Hamilton Lugar School of Global and International Studies; and a Professor of Practice at the IU O’Neill School of Public and Environmental Affairs. He served in Congress for 34 years.

Lee Hamilton is a senior adviser for the Indiana University Center on Representative Government; a Distinguished Scholar at the IU Hamilton Lugar School of Global and International Studies; and a Professor of Practice at the IU O’Neill School of Public and Environmental Affairs. He served in Congress for 34 years.