The center of their argument was that communities hoping to grow and improve should focus on attracting residents through offering quality-of-life improvements, not on attracting jobs, especially jobs that might not last.

Commissioner Bill Spalding invited Terrell and Michael Hicks, a Ball State professor of economics and the director of Center for Business and Economic Research, to speak to local officials. Terrell recently spoke at a workshop held by the Hancock County Community Foundation, and Spalding wanted his colleagues on the board of commissioners and the county council to hear more of what he had to say.

The economists told the local officials present at the discussion, including two commissioners and most of the county council, that evidence shows only about 10% of people moved to their current area of residence because of a job. Instead, most people moved because they wanted better housing, parks and trails, civic engagement, proximity to a big city or — the biggest factor, studies have shown — good schools.

“Hancock County is blessed across the board to have quality schools,” Terrell said. “And there’s an advantage to being proximate to downtown Indianapolis. You don’t have to have everything.” 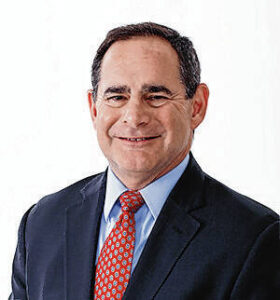 Terrell said he tells many communities they should improve their schools to the level of Hancock County’s corporations if they want to have population growth. That asset is what the county should be focused on, the economists said — not attracting more jobs.

“That one thing that you have distinguishes you from every other place in Indiana,” Terrell said.

The discussion added weight to a discussion county officials have been having for months about their approach to economic growth and how they should approach requests for tax abatements. Several officials want to do a lot less for companies that are interested in establishing locations in Hancock County, arguing that tax abatements and the proliferation of warehousing jobs with companies like Amazon and Walmart are harming the community.

“We got jobs coming out of our ears,” county council member Kent Fisk said during the meeting. “We don’t need any more jobs.”

Hicks said that his work as an economist has included looking at the factors that encourage businesses and people to relocate. He said since the decline of manufacturing in the United States, there is an ever-growing investment of capital needed to create jobs. A company’s spending that might have created 100 jobs in the 1950s will now create just a handful. Most of the jobs in the economy today, he said, fall into two categories — jobs that can be located anywhere, and jobs that can be located anywhere there are customers.

Terrell said many of today’s jobs, especially those that are not high-paying, are vulnerable to three trends: automation, offshoring and urbanization. In other words, jobs can be replaced by machinery, sent to another country, or relocated to a major city.

Automation, Terrell said, is a particularly major concern for jobs Hancock County is attracting in warehousing and manufacturing.

“Everything you’re getting in right now, they’re all vulnerable to automation,” he said. “Even in the, quote, ‘good’ counties, there’s tremendous vulnerability to that.”

Hicks noted that automation is typically not occurring because new technology becomes available. Instead, it’s because companies decide that the technology is worth its cost compared with hiring workers.

Many county officials were receptive to what Hicks and Terrell had to say, especially those who have been critical of development and abatements.

County council president Bill Bolander said the council members all agree something needs to change, even if they might not agree on the extent to which the process should be altered.

Spalding said he hopes his fellow officials will take what the speakers had to say into account as they continue discussing economic development.

“I think it’s important with where we are right now, even though we’re growing, people want to come here, to really ask those important questions, about what (companies) can do for our community, and for us not to be afraid to let deals walk away that aren’t going to benefit all here in this county,” he said.

Hicks said the next steps for Hancock County should include more discussions about what the community’s future will look like. Part of that can come through the county’s ongoing comprehensive plan process, which he said should involve talking to people from every demographic.

“None of these are simple answers,” he said. “But for those who are going to work with businesses on economic development, they need community feedback, and the community feedback needs to come in more than just a vote.”