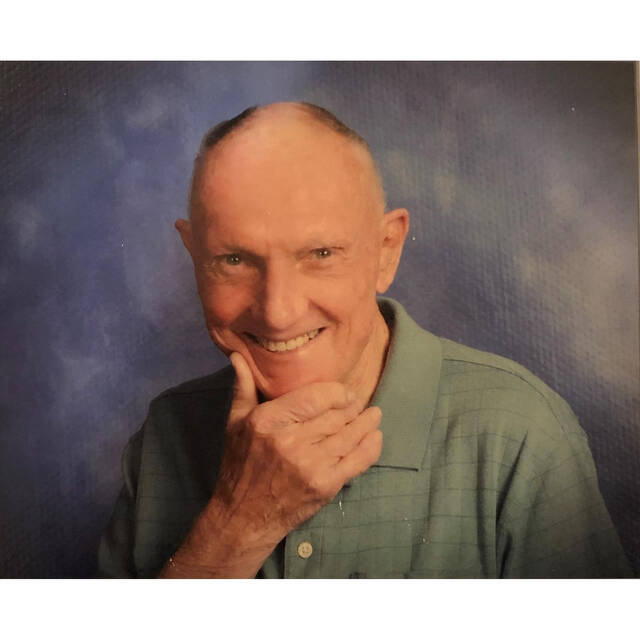 Charles Leonidus “Charlie” Davidson age 91, of Greenfield, Indiana passed away on Friday November 19th, 2021 at his home in Greenfield. He was born in Beech Grove, Indiana, on May 4, 1930 to Charles L. “Chic” and Geraldine Davidson (Nolan). He was a graduate of Anderson High School and attended Indiana University extension. He served in the US Navy during the Korean Conflict, stationed at Atsugi Naval Base in Japan. He never failed to hang his American flag on Memorial, Independence and Labor days.

He married Karen Lea Mackin on Feb. 16, 1963 at Our Lady of Lourdes in Indianapolis. He is survived by his wife; son, Charles L. Davidson II, Shelbyville, IN; daughter, Catherine L. Mackey (Shaun), Greenfield, IN; son, Eric T. Davidson (Leila), Altadena, CA; and two grandchildren, Heather L. Davidson, Columbus, IN and Charles “CJ” Davidson III, Seymour, IN. He was preceded in death by his parents; adoptive parents, Ken and Laura Davidson; and brothers, Mark and Timothy Davidson.

He was employed at Western Electric for 33 years, transferring to Lucent Technologies where he retired in 1985. After a few short months of retirement, he took a newly created job as the maintenance man for St. Michael’s Church in Greenfield, where he was also a member for 56 years. He was a charter member of the Arkansas Boar Hunters Association (“For Good Fun and Charity”) and remained in good standing until his passing.

Charlie’s easy-going manner meant he never knew a stranger. He was an avid reader and enjoyed sharing and exchanging those readings family and friends whom he also enjoyed travelling with around the country and all over Europe.

With his retirement gift from St. Michaels, he pursued his love of painting watercolors. His many paintings over the years adorn all his family’s homes and will be treasured for years to come.

He took great joy and pride in the success of his children and grandchildren. His love, stability and support will be missed by his family. He was able to find beauty and joy in all of God’s creations, especially the beautiful sunsets that he loved to photograph.

The family would like to thank Greenfield’s Suburban Hospice for their caring support. In lieu of flowers, the family requests that donations be made to the Hancock County Food Pantry or Kenneth Butler Memorial Soup Kitchen.

He will be dearly missed by all that knew him.

A funeral mass will be held at St. Michaels Church in Greenfield, IN on Wednesday November 24th at 11:00am with Father Aaron Jenkins officiating. There will also be a one-hour visitation prior to mass, at the church. The family kindly asks that casual attire be worn. Stillinger Family Funeral Home has been honored to assist the family during their time of loss.