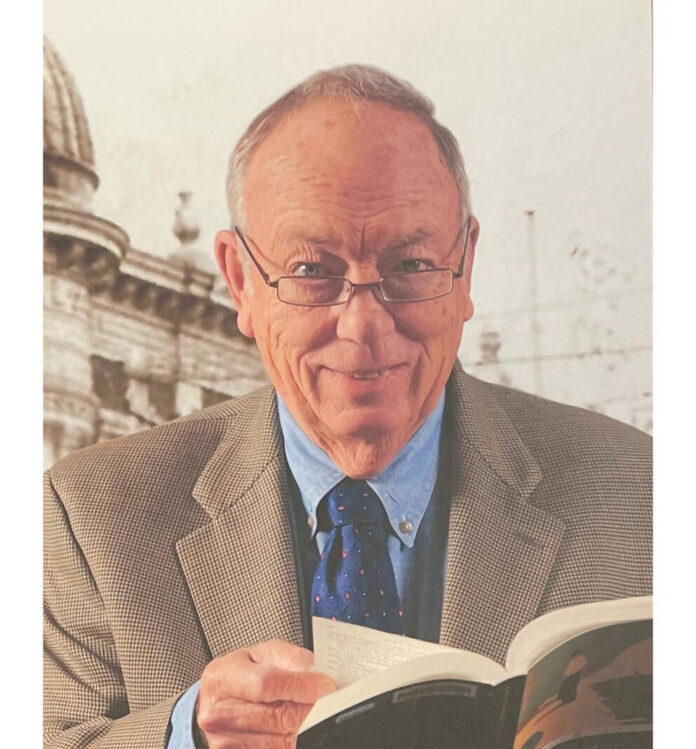 C. Thomas Cone, age 84, of Greenfield, passed away Thursday, December 15, 2022, at Springhurst Health Campus. He was born in Indianapolis on April 7, 1938 to Mabel May (Walker) and James H. Cone. He graduated from Arsenal Tech High School in 1955 and attended Indiana University for both his undergraduate and law degrees. In January of 1963, he married Sally A. (Glatz) in Indianapolis.

Tom was a partner at Williams Cone and Billings law firm in Greenfield for over 50 years before retiring in 2016. He served on the board of directors for the Greenfield Banking Company. Before his retirement, he served as attorney for the Hancock Regional Hospital and Hancock County Public Library for many years. Additionally, he was a longtime member of the Hancock County Election Board, helping to organize and run local elections. For this he won the State of Indiana’s Distinguished Hoosier Award.

Tom was a Silver Life Master in Duplicate Bridge, a longtime member of the American Contract Bridge League, and was the co-chair of the 1991 North American Bridge Championship tournament held in Indianapolis. An avid reader, he belonged to, and participated extensively in, a local book club for many years. Tom enjoyed gardening, refereeing swim meets, writing poetry, playing billiards, supporting theater and the arts, and performing magic tricks for his family. He is survived by his loving wife, Sally Cone; children, Stacey Cone (life partner- Michael Hahn), Keely Cone (Ken Nicholas) and Jay “Kip” Cone (Susan); and grandchildren, Lorelei and Raea Michie, Haley and Alexander Nicholas, Brandon and Nathan Cone. He was preceded in death by his parents, Mabel and James Cone; brother, James Wesley Cone.

A memorial visitation will be held Sunday, February 5, 2023 at the Hancock County Public Library, 900 W McKenzie Rd, Greenfield, IN 46140, from 12pm to 3pm. A memorial service will begin at 3:00 pm. Arrangements are being handled by Erlewein Mortuary &Crematory in Greenfield.

In lieu of flowers, the family requests that you consider making a donation to either the Hancock County Public Library Endowment Fund, 312 E. Main St., Greenfield, IN 46140 or the Hancock Health Foundation, 801 North State Street, Greenfield, Indiana 46140 or envelopes will be available at the library. Friends may share a memory or condolence at www.erleweinmortuary.com.