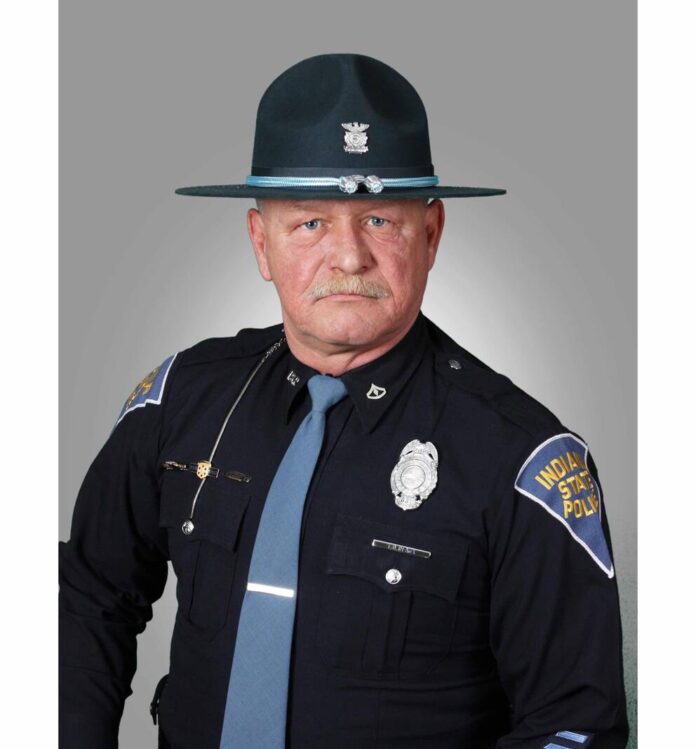 On Monday, January 16, 2023, Timothy “Tim” DeWayne Denny lost his hard-fought battle against leukemia at the age of 68 years.

Tim was born on January 27, 1954 in Anderson, IN to Darrest and Patricia (Poor) Denny. He graduated from Anderson High School in 1972, and then began his career with the Indiana State Police, graduating in 1976.

During his 34 years as an Indiana State Trooper, Tim worked in various divisions to serve the public, including working out of the Drug Enforcement Section with his treasured canine partner, Raisin’ Cain (“Bubba”). After starting his 35th year as a Trooper, Tim retired in 2011, but quickly returned to public service, joining the Indiana State Police Capitol Police just four days later. At the time of his death, Tim was in his 47th year of service to the State of Indiana and its citizens. When he was not working, Tim enjoyed doing yard work and spending time with friends and family.

Tim was preceded in death by his parents; his sister, Becky Biddle; and his canine, Bubba. He is survived by his daughters, Amanda (Ryan) and Courtney (Nick); one grandson; ex-wife and forever friend, Rebecca (Gabriel); beloved dog, Ensley Jade (“EJ”); his brother, Bill; and his sister, Naomi.

In lieu of flowers, memorial contributions may be given to either the Indiana State Police Alliance Benevolence Fund or The Animal Protection League.