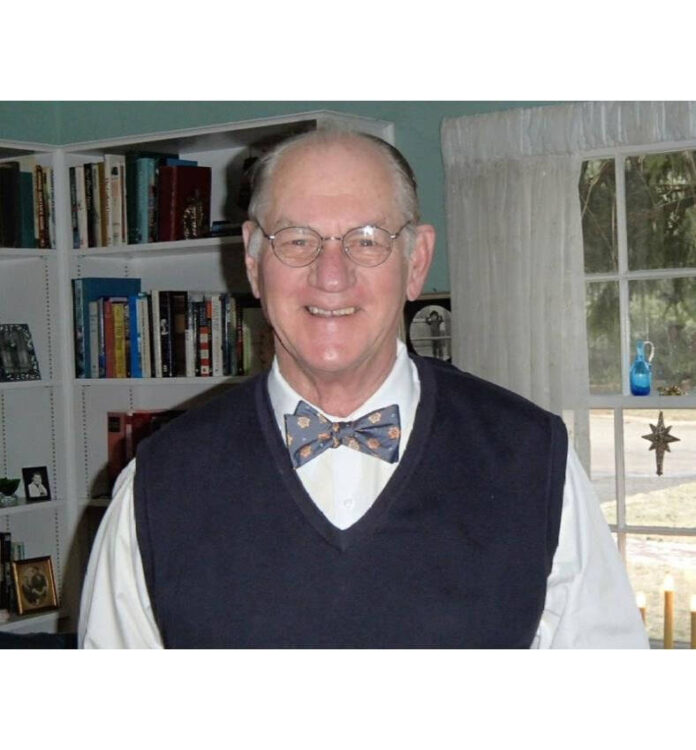 Michael was born on March 20, 1944, in Wilmington, Delaware; the second of five children of William Andrew and Sarah Monique (Cartwright) Tosick.

The family settled in Indiana where Michael went to Christ the King grade school and graduated from Scecina High School in 1962, receiving All American honors in football. He attended Boston College and then graduated from Indiana University Bloomington in 1966.

Michael married the love of his life, Janet Schnorr, on July 30, 1966, at Immaculate Heart of Mary Catholic Church in Indianapolis.

Michael entered law school in 1967. During that time, he was elected to the Indiana Legal Forum and was associate editor for one year. He also worked for Catholic Charities in Indianapolis where he began a special program for law students to help people in need with legal problems (pro bono).

Michael received his Doctor of Jurisprudence on September 8, 1970—the last graduating class of the old law school on Michigan Street in Indianapolis. In 1971, he was admitted to the Supreme Court of Indiana and moved his family to Greenfield where he began practicing law in the firm of Ging, Free, and Brand. He became a partner four years later.

Anyone who knew Michael, knew of his deep love for his family, adventuresome spirit, and knack for finding solutions to many of life’s challenges. In his early years, he learned to sail. Unable to afford a sailboat, he decided to build one in his garage; the first of many built, restored, and adored (Madame T., Anna Banana, Jack Rabbit, Janet, and more).

He had many hobbies that he, Janet, and their children enjoyed: windsurfing, boating, fishing, sailing trips at sea, canoe trips in the boundary waters, visiting many states, especially North Carolina and Hawaii (to compete in the ‘81 Windsurfing World Championship!).

Michael hunted birds and was an avid fly fisherman, enjoyed countless hunting and fishing trips with close comrades and treasured canine companions, and even made a beautiful fly rod for a doctor and later his grandson, Jack. He was a wonderful gourmet cook, constantly treating friends and family. He remodeled many homes, and in 1998, began work on a home on Andros Island, Bahamas. How he loved the ocean, the clear water, and fishing!

Throughout his life, Michael was also very passionate about social justice. He volunteered at Holy Cross food pantry in Indianapolis for years and was a member of the Board. People in need of an attorney or a listening ear—he was always available and concerned. One of his many great gifts to the world are the countless life lessons learned by all those around him, especially his children, which he modeled through his actions of listening, giving back, and cherishing life to the fullest.

After practicing law for 47 years, Michael retired in 2018, and he and Janet moved to Bloomington to be closer to family and grandsons. On October 8, 2022, he became a Providence Associate at St. Mary of the Woods, Indiana. Michael always admired the Sisters and their ministries. He and Janet enjoyed visiting St. Mary and volunteering when able.

Although the last years were difficult for Michael, he remained very stoic and brave. Michael and Janet were married for 56 years. Their children, John (Robyn), Anna, and Michael (Sarah); and five grandsons, Jack, George, Owen, Ray, and Tanner; meant so much to Michael. He is also survived by his brother Bill (Nancy) Tosick, sister Marianne (Ari) Udagama, and many beloved nieces, nephews, cousins, and friends.

He was preceded in death by his parents, Bill and Monique Tosick, and sisters, Susan Storwick and Andrea Satkamp.

His legacy lives on through chess, fishing, reading books, many outdoor adventures, and the infinite memories he created through his generosity and desire to share everything he could with the world around him.

We would like to thank the doctors, nurses, and staff at Richland Bean Blossom for caring for Michael his last two months, and the family and friends who visited him and showed their love in so many ways.

Fond memories and expressions of sympathy may be shared at www.DayDeremiahFrye.com for the Tosick family.

Day and Deremiah-Frye Funeral Home has been entrusted with arrangements.