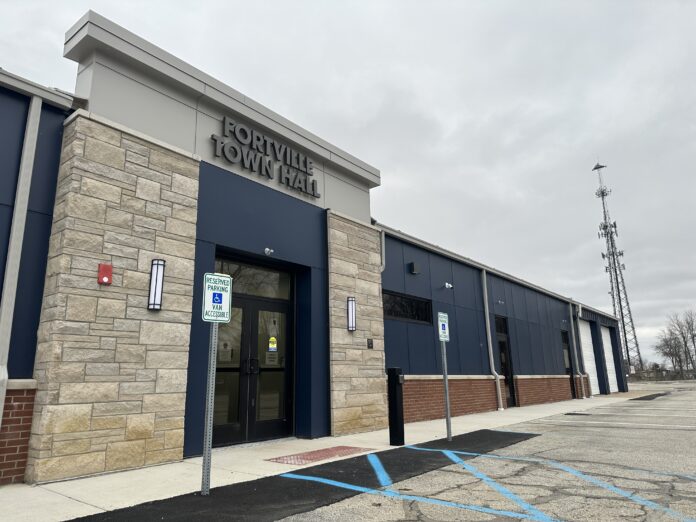 The leaders plan to introduce a draft of the proposed rules at their next public meeting after hearing this month from an area woman and the Indiana chapter of The Humane Society of the United States.

Jessica Naab, Noblesville, submitted a letter to the town of Fortville asking it to ban the retail sale of dogs, cats and rabbits and consider rules that look to deter puppy mills.

“There aren’t any small businesses here selling dogs and cats,” Naab noted at a Fortville Town Council meeting this month, “so it’d be purely preventative, and I think it’d be a great way to show the newly renovated downtown and just send a message of a caring city.”

Samantha Morton, Indiana state director for The Humane Society of the United States, accompanied Naab at the meeting. Morton said the organization has been working on ordinances across the state to prevent the sale of dogs and cats from breeding mills. She pointed to one the city of Carmel recently passed, which sets multiple animal care standards.

The ordinance states “a significant number of puppies and kittens sold at pet shops come from large-scale, commercial breeding facilities where the health and welfare of the animals are not adequately provided for.”

It adds “documented abuses endemic to puppy and kitten mills can lead to health and behavioral issues in the animals bred in those facilities, which many consumers are unaware of when purchasing animals from pet shops. These health and behavioral issues, which may not present themselves until sometime after the purchase of the animal, can impose exorbitant financial and emotional costs on consumers.”

Morton also referred to a similar ordinance Indianapolis is considering and said there are five puppy-selling pet stores in Marion County.

“This is close by,” she said of Fortville, “it could be an attractive place for some of these stores to relocate.”

She recalled that neighboring Illinois passed a state law prohibiting the sale of dogs and cats sourced from puppy mills.

“And so, as a result, we’ve seen a lot of these stores that sell dogs and cats coming from these inhumane sources coming into our communities,” Morton said. “…We know that pet stores don’t need to sell dogs and cats to be successful. The pet industry is a $123 billion industry related to the sale of supplies, food, grooming.”

Morton said the rules she and Naab propose for Fortville would not affect responsible breeders selling directly to consumers.

“The issue is the middle man pet store,” she said, adding that responsible breeders often want to meet who’s adopting their animals, want to answer questions, care about the breed they work with and will often take animals back if there are issues.

Fortville Town Council President Fritz Fentz told the Daily Reporter he didn’t have any immediate impressions on the proposal, adding he wants to contemplate it more. He acknowledged concerns about puppy mill pushover into the doughnut counties if they’re banned in Marion County. Fentz said he wants to give the public an opportunity to weigh in, particularly legitimate breeders who might have concerns.

Why: The town council will consider rules regarding the retail sale of animals and breeding mills