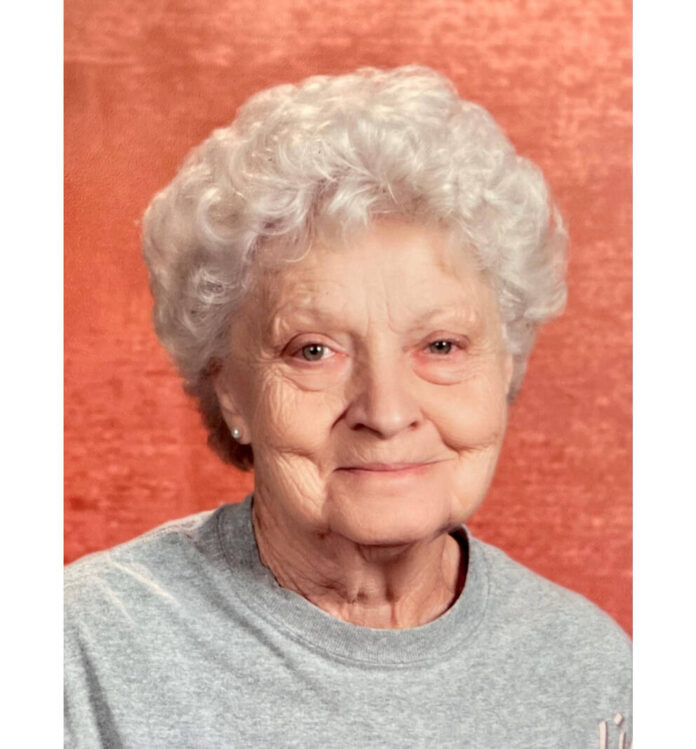 She was born, September 21, 1939, in the house she lived in for over 82 years. The last year of her life, she resided at Traditions at Brookside in McCordsville.

She was born “Martha Jenann Fausset,” to Doris (Hoppes) Fausset and Fred C. Fausset. She was married to Charles Skinner for over 50 years, until his death in 2009. She is survived by her daughters, Elizabeth (Jim) Spencer of Greencastle and Barb Skinner (Steve Cage) of Indianapolis. Grandchildren, whom she utterly adored: Haleigh Spencer, Hannah (Kelly) Spencer, Hank (Carrie) Spencer. Sister: Delora Sue Mossburg of Sheridan and niece, Jenann Mossburg and nephew, Alan Mossburg.

Janie ran a daycare out of her home for over 50 years. “Janie’s kids” were well loved and well fed! She was known for her wonderful breakfasts, lunches, after-school snacks and sometimes, even dinners. Ask any of her kids what they remember most about their days at Janie’s, and they will tell you about Kool-Aid slushies, homemade cupcakes, fish sticks, macaroni and cheese … Thanksgiving Feasts, the Leprechaun, the Easter Bunny, Santa, and birthday parties with clowns and special birthday cakes. Her daycare kids knew their alphabet, colors, shapes and numbers before they entered kindergarten and teachers always commented that they knew who “Janie’s kids” were. She demanded good manners. She taught children to pray before meals and to always say please and thank you. She could regularly be found playing kickball, board games or card games with the kids. And every afternoon was filled with some “school time and crafts.”

Jane did not drive until the age of 50. It was pretty much a daily occurrence to see her riding her bike to Grady’s IGA or, later, Bundy’s, and she always told them to “pack her groceries tight” because everything had to fit in the big basket on the front of her bike. After she got her license, she would take her kids on picnics or sledding to Fortville Park, exploring at Falls Park or swimming at Brown’s Pool, along with outings to McDonald’s and MCL. If you were lucky enough to go to Janie’s, well, you were lucky. But, if you were behind the school bus when Mrs. Marshall stopped at Janie’s, you weren’t so lucky as half the bus either filled up or emptied there, depending upon the time of day.

In her late 60’s, she began her second career, working in the kitchen at Mt. Vernon Elementary School until she retired in December 2021. She loved the children and her co-workers very much. She made it a point to speak to each child as they returned their tray to her at the dish room window. Many of the kids called her their grandma and she was worried if they looked sad. She told each one that she was proud of them and wanted them to have a good day. Her work was very important to her.

She cared about everyone and everything. She loved children and animals and pretty much anyone in need. Janie poured her love into every child she met, helping them learn to love others and do what is right. She was a lifelong member of the Fortville Christian Church.

In lieu of flowers, please consider donations to the Fortville Christian Church 9450 N. 200 West Fortville, IN 46040 or the Humane Society for Hamilton County 10501 Hague Rd, Fishers, IN 46038. Online condolences may be shared at www.sealsfuneralhome.com.