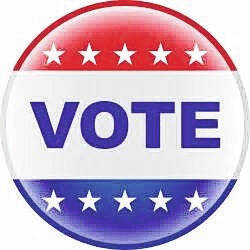 The seat is up for grabs due to the forthcoming retirement of Rep. Tom Saunders, a Republican who has served since 1996. Due to 2020 redistricting, Blue River Township in southeastern Hancock County is included in the district for the first time.

After retiring from 30 years of teaching, Polk started volunteering at Cradles, a childcare facility that served children of students at New Castle High School and Ivy Tech Community College. She was drawn to the organization after teaching parenting at the high school for several years. Eventually she rose to president of the facility’s board before it had to close due to a lack of funds.

“But that experience really motivated me,” she said. “I just made up my mind I wasn’t going to let it stop at that facility being closed. And during that time, I just saw what a struggle a lot of these kids in these families have. There’s transportation issues, there’s food insecurity, there’s drug issues.”

Polk estimates she’s served on nearly 30 boards and committees throughout her life.

“It got to where I needed to go to the next level to do what I thought needed to be done,” she said of seeking a seat in the Statehouse.

She has served on New Castle’s school board for nearly a decade, most of which as the body’s liaison to the Indiana School Boards Association. Polk has also served on the state legislative committee that makes recommendations to lobbyists representing school boards.

She’s one of the founding members of the Henry County League of Women Voters, which she also served as president until declaring her candidacy for the legislature. Polk started a coalition on mental illness and combating drug addiction in Henry County as well, helped start a childcare network coalition and serves on the New Castle Redevelopment Commission.

“I will be able to be the voice of my constituents,” she said, adding she thinks the Indiana General Assembly’s Republican supermajority believes it doesn’t have to be.

Education is one of Polk’s priorities.

“I see what’s happened to public education,” she said, adding she stays on top of that topic by talking with teachers. “They are demoralized. And it’s not just about pay, it’s about everything.”

Teachers are criticized about critical race theory and pornography in lessons, she continued, adding neither exist in curriculum but rather are used to stir up emotional reactions.

“There’s already protocols for going over curriculum in books,” she said. “The curriculum comes from the department of ed, which is run by Republicans. It’s approved by the Republican legislature, and then they say they need committees to go over the curriculum. On my school board, we have trouble getting parents to come in and do curriculum review, and do strategic planning, and do book adoption. Where’s this coming from? … Education is a priority, and it needs to be funded, and the teachers need to be allowed to teach.”

Polk pointed to a study the Henry County Economic Development Commission commissioned reporting that local businesses’ top need is childcare for employees. She imagines a similar deficiency spans across the state, and said her experience helping to establish and fund several childcare programs and facilities would be effective toward resolving it.

Creating a sustainable wage is also on her agenda, as well as helping rural communities, particularly when it comes to broadband, cell phone access and health services.

Criswell beat out seven other candidates in May’s Republican primary. He said he was motivated to run after the experience he’s gained as a member of the Fall Creek Township Advisory Board in Henry County and Saunders’ retirement.

“I have had a growing interest in politics for the past several years,” Criswell told the Daily Reporter in an email. “Joining the township board solidified my thoughts that in order to be a voice for the people you need to get involved.”

His family and friends encouraged him as well.

“Everyone felt positive about it, along with my work as a teacher, coach, and small business owner; I knew I would have a good chance at winning,” he said. “So I ran in a very contested primary, to ultimately win very soundly. Here we are, less than a month from the general election, with lots of momentum and supporters that have come alongside me.”

“My vast variety of experiences make me qualified and have prepared me for this role,” he said. “Everything from being a husband, father, educator, coach and small business owner play into that. I have learned so much and have been afforded the opportunity to be around many people with my experiences, that I feel qualified to represent and relate to the people of District 54.”

The biggest source of preparation, he said, is the value of hard work and “do your job” mentality his parents and grandparents instilled in him.

“In the job of state rep, your job is to listen to the people of your district and vote according to the majority of what they want,” he said.

Workforce and broadband connectivity are the most significant issues the district faces, according to Criswell.

“I plan to be a voice to ensure our businesses in our district have proper workforce for our business community to prosper,” he said, adding technology and connectivity have never been more important for farming, business and education. “I think it is important that even living in a rural community or on a farm in the middle of the district, you should be able to have proper capabilities.”

All of the above locations, plus: