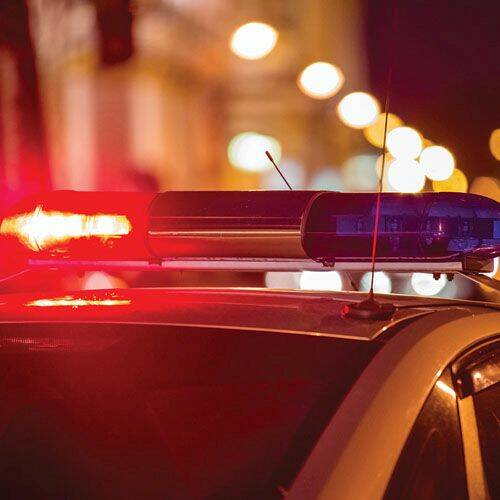 GREENFIELD — The innocent sale of a pair of coveted tennis shoes took a turn for the worse and has landed two county teenagers in jail after officials say they robbed another county resident at gunpoint. The victim reported the incident to the Greenfield Police Department Saturday, Sept. 25 informing officials he was robbed by two people with a gun at Riley Park.

Ballenger and Harris, who were both arrested over the weekend, made their initial appearances in Hancock County Circuit Court on Monday, where they will be charged as adults. Judge Scott Sirk will oversee both cases and entered a not guilty plea for each of the defendants and placed a $20,000 cash bond, subject to a no contact order in place.

According to a probable cause affidavit, the victim told police he had arranged to sell a pair of Nike “Air Force One” athletic shoes to Harris. However, when he arrived at Riley Park, the determined site for the exchange, there were two teens waiting for him, Harris and Ballenger.

The report goes on to say that the victim then handed the shoes to Ballenger so he could hand them over to Harris. That’s when Ballenger, the report says, produced a firearm. The victim described the firearm as “possibly a Glock.” The weapon had a laser attached to it, and the victim noted he observed a red dot on his chest when Ballenger was pointing the weapon at him.

While pointing the firearm at the victim, Ballenger allegedly said, “The shoes are mine now, get (expletive) lost,” the report stated. The suspects then drove off. The victim told police he was in fear of his life so he drove away and left the area. The victim then waited until he returned back home to call the police.

Officials noted in the report they did a search of Greenfield stationary security cameras to look for the vehicles involved in the incident or any kind of evidence of the robbery. Evidence was observed on video that changed the time frame of the events, however the observations corroborated the victim’s statement , the report stated.

The suspects were later identified through photos and arrested, the report said. The suspects are slated to be back in court for pretrial conferences in mid-November.