The following items are available at the Hancock County Public Library, 900 W. McKenzie Road. Descriptions are provided by the publisher, unless otherwise noted. For more information on the library’s collection or to reserve a title, visit hcplibrary.org.

Cormoran and Robin are ensnared in another winding, wicked case. When frantic, disheveled Edie Ledwell appears in the office begging to speak to her, private detective Robin Ellacott doesn’t know quite what to make of the situation. The co-creator of a popular cartoon, The Ink Black Heart, Edie is being persecuted by a mysterious online figure who goes by the pseudonym of Anomie. Edie is desperate to uncover Anomie’s true identity. Robin decides that the agency can’t help with this—and thinks nothing more of it until a few days later, when she reads the shocking news that Edie has been tasered and then murdered in Highgate Cemetery, the location of The Ink Black Heart. 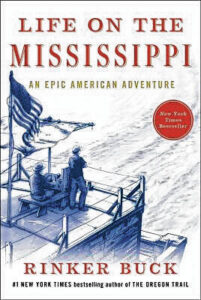 “Life on the Mississippi”

Nonfiction: “Life on the Mississippi: An Epic American Adventure” by Rinker Buck

“Life on the Mississippi” is a blend of history and adventure in which Buck builds a wooden flatboat from the grand “flatboat era” of the 1800s and sails it down the Mississippi River, illuminating the forgotten past of America’s first western frontier. -Amazon 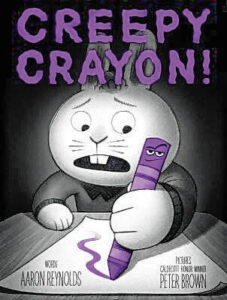 When Jasper Rabbit finds a purple crayon willing to do his schoolwork for him, he is elated – at first.