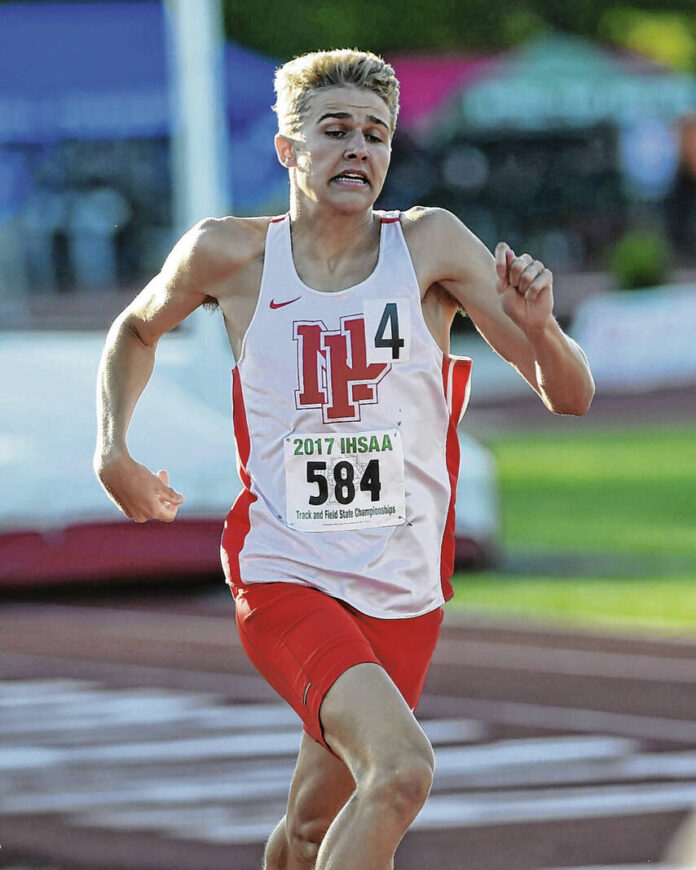 In 1924, Greenfield Mayor Marshall Winslow and Hancock County Clerk Theo Richey sat up until 2:30 a.m. in the courthouse waiting for a couple seeking to be married. Winslow had received a call around midnight about a couple driving over from Indianapolis, and he said he would marry them if they had a license; they didn’t, so he woke Richey. The couple did not show.

In 1830, David Templeton laid out the town of Charlottesville with 56 lots.

In 1876, Greenfield City Council met for the first time.

In 1981, the former Philadelphia United Methodist Church building was loaded onto a trailer and driven along U.S. 40 to Apple Street, where it was placed in the southeast corner of Riley Park. It became Chapel in the Park Museum, home of Hancock County Historical Society, which raised money to have the building moved. The structure’s stained glass windows remained in Philadelphia at the new church building.

In 2017, New Palestine High School’s Sam Voelz won a state title in the 800 meters during the state track and field finals at Indiana University. Voelz was also part of two relays that qualified for state; each finished second.

In 1973, Calvary Baptist Church dedicated a new building with a 300-seat sanctuary on West Main Street.

In 1828, John Anderson was deeded the first lot sold from the original plat of Greenfield.

In 1967, authorities said they had broken up two “wild teen-age drinking parties” near Greenfield over the weekend, one in a woods and the other in an empty house. Sheriff Robert Sebastian said officers found alcohol, abandoned blankets and clothes, and left-behind purses, some of which held birth control pills. He said he believed about 40 attended the party in the woods, although some were 21 or older. No arrests were made.

In 1917, the County Council of Defense, its seven members appointed by Judge Earl Sample, met to organize.

In 1944, local contractor Gordon Johnson was part of the D-Day invasion at Normandy. Forty years later he and his wife appeared in Europe as part of a “Good Morning America” telecast marking the anniversary.