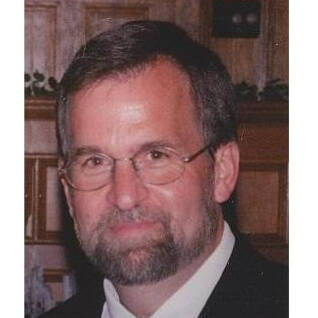 Gary L. Powers, 67, of Greenfield, courageously battled Parkinson’s disease for 13 years. On November 23, 2021 he crossed the finish line and won the battle. His prize was eternity with Jesus, his personal Savior. He loved the Lord and attended Christ Fellowship Church in Knightstown.

Gary was born April 8, 1954, a twin, to Fred and Mary (Silver) Powers. He graduated from Eastern Hancock in 1972. While in school, he participated in basketball and track. He went on to work at EH for 32 years as Director of Custodial Services, retiring in 2008 due to declining health. Throughout those years at EH, he coached Varsity Softball, Girls Basketball, MS Cross Country and MS Track, touching the lives and hearts of many young people. He was inspiration to all who had the opportunity to hear his story as he pressed on amid the challenges of Parkinson’s.

He loved sports. He especially enjoyed watching his grandson, Caden, participate in various sports. He loved the New York Yankees, Green Bay Packers, Colts and NASCAR racing. When he struggled with symptoms of PD, he found peace by listening to music, which he has loved his whole life.

On July 15, 2000, he married Deidre Patton and blended his family with hers, and the family grew to six. His children, Jeremy (Kim) Powers and Erica (Jeff) Sincroft became siblings to Ryan and Emily Patton. They lived in Knightstown until moving to Greenfield in 2020.

He will be welcomed into heaven by his daughter, Emily Patton, father, Fred Powers and grandparents.

If Gary has left a mark on your heart, the family requests that you wear ROYAL blue to the visitation.

In lieu of flowers, the family requests memorial donations be made to Eastern Hancock Cross Country Program, 10320 E 250 N Charlottesville, IN 46117.

The family would like to thank Golden Living Center and Heart to Heart Hospice Care for providing such loving, nurturing care throughout the last several months.