GREENFIELD — Earlier this week, things were looking dire for Greenfield-Hancock County Animal Management. The department’s shelter, a temporary space it’s using while its new headquarters is built, was bursting at the seams. Hoping to get some help from the community, staff wrote a plea for help.

“Help us help these animals that have been neglected, surrendered or turned loose,” the department wrote in a post that it shared on its website and on Facebook. “They deserve better than to live in a shelter. We are a temporary house for them but you are their and our last hope.”

Animal management director Amanda Dehoney said she was worried the department would have to start euthanizing animals for space reasons, something they haven’t done in the six years she’s held the job. Once animal management’s new building is open, they’ll have plenty of space, but that won’t happen for a few more months.

“Since we are in this new building, we’re not getting adoptions like we used to,” Dehoney said. “We hardly even get people coming in like we used to.”

Since posting the plea for help on social media, animal management received many responses from people interested in adopting and has had more visitors at the shelter, located at 2195 W. U.S. 40, to meet their animals. They were able

to decrease the number of dogs in the shelter from 20 to 12.

However, the issue of space remains until the department can move into its permanent home.

Dehoney said the department hasn’t seen a major influx in animal surrenders compared to other periods, but they have seen fewer adoptions. That may be due to the temporary shelter’s location farther from the center of Greenfield. The department is also short-staffed and looking to hire two new people right now, so there’s a lot of work for the employees.

“Even with cats, and for dogs right now, we have a wait list of people who want to bring them in, but we have literally no space right now, so it’s making it really difficult,” she said.

Many animal rescues can be selective about what animals they take in, but the city/county animal management agency doesn’t have that luxury. As a municipal department, it has to take in animals that are surrendered by their owners as well as responding to calls about strays and potential animal abuse.

That’s led to overcrowding at the smaller facility the department is using while its new headquarters is built. When staff put out the plea for help, they were housing 20 cats as well as the 20 dogs. The shelter can’t turn animals away when it reaches capacity, or reject animals it doesn’t have the capacity to care for. Recently, a pig that had gotten loose was briefly held in a dog kennel until it could be returned to its owner.

As of Wednesday, Nov. 17, the shelter was housing 22 cats and 12 dogs. Dehoney said that’s approaching the maximum number of cats they can hold, and they’d like to get down to nine dogs for shelter staff to not be overworked.

Many of the animals at the shelter were surrendered by their owners, and the majority have been at the facility for several months.

“We anticipated space being an issue, because we knew we were losing a lot of space coming into the new building,” Dehoney said. “We just didn’t know that our adoptions were also going to drop down so hard, and that’s what’s really affected us, is just not getting people in, so dogs are staying longer, and that’s what the big issue is.”

There are other issues, too, Dehoney said: Other animal rescues that take dogs from the shelter are also full right now, or don’t want to take on dogs with special needs. There’s also a new state law that requires pets to be spayed or neutered before being adopted out, which has been difficult for animal management because veterinarians in the area have limited availability. To get animals their operations, they’ve transported them as far away as Lafayette. They’re also caring for several kittens too young to be adopted.

Dehoney said animal management should be the last resort for people who can no longer care for their pets.

“What we recommend is always reaching out to family members and friends first to see if anyone can take the animal for you, listing it on your Facebook page,” she said. “…I don’t think a lot of people realize that when you bring an animal in here, they’re not the same animal they were at home. They’re stressed, this is a very stressful environment, they have all these other dogs, they have people walking by them constantly. They’re not showing their best behavior, which makes it even harder for them to get adopted.”

Animal management’s new building is slated to be open in March or April 2022. It will have the capacity to house many more animals, with 12,900 square feet and and a horse barn.

Adoption fees when bringing home a pet from Animal Management are $25, and all pets are spayed or neutered, vaccinated for rabies, dewormed and microchipped.

“You’re getting a ready-to-go pet, no medical needed, for $25,” Dehoney said.

Animal management staffer Megan Manship said an animal that appears withdrawn or even aggressive at the shelter can be a great pet once it’s no longer in that environment.

“It’s really important to ask the staff, to let us know what their home situation is like so that we can match them with a good dog,” Manship said. “A lot of times, who they are in their kennel doesn’t really portray who they are as dogs.”

Animal Management has plenty of pets ready to adopt. We’re highlighting two who are seeking a forever space that will be their perfect match. 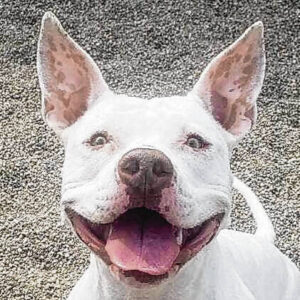 Angel, a pit bull mix, came to animal management about three months ago when her owner became homeless and could no longer care for her. Staff said she has a friendly, affectionate and playful personality. Angel can be possessive of her toys and needs a home without other animals. She would be a perfect fit for an older couple or a person living alone who wants a loving companion. 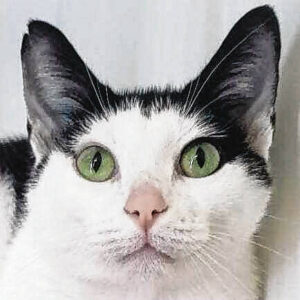 Freya is an extra-small cat weighing, just under seven pounds. Staff said she is quiet and adaptable and would do well in any home, including one with other pets, where she has space to relax and plenty of time to sleep.