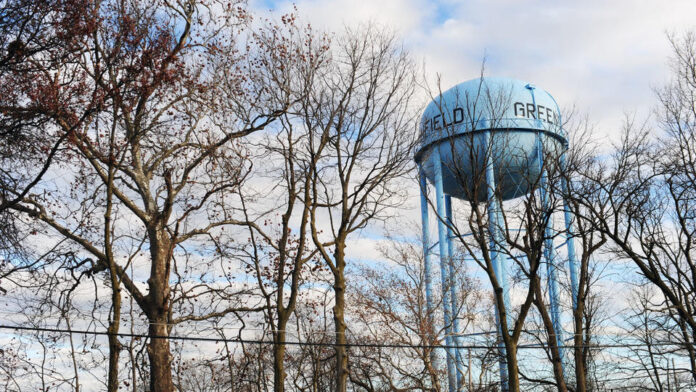 It’s something that comes with the territory of a growing city, several city officials said after discussing the increase at last week’s meeting of the Greenfield City Council.

“Just like everything, we’re gaining population, we’re gaining the size for the city to grow,” Mayor Chuck Fewell said of keeping the city’s utilities updated. “And as we grow, these things have to be thought about, of keeping them to the best we can possibly be. When we do that, we need to think about doing a rate increase.”

The proposed increase was just one of three utilities-related ordinances the council considered last week. Another is related to new development as surcharges to businesses and residential units that are coming into the city, said Buzz Krohn, a financial adviser for Greenfield. And a third ordinance cleans up a billing error for about 60 homes on Greenfield’s south side.

Greenfield Utilities customers pay one bill for electric, water and sewer based on usage. The proposed water rate increase would be 4% each year starting Jan. 1, 2022, for the next three years.

For the average customer that uses 4,000 gallons of water a month, that equates to about $30 a month for water in three years, up from the current $27 a month. Krohn’s presentation to the council marked it as “gradual, moderate increases.”

“It’s about a dollar a month increase each year for the next three years, rough numbers,” Krohn told the council. “I don’t think that’s going to be probably noticed by most people.”

Still, this comes after the council voted in 2020 to nearly double sewer rates to pay for a $39 million wastewater treatment plant to stay in compliance with the Indiana Department of Environmental Management.

Even amid the economic downturn following a worldwide pandemic, Krohn said the city needs to keep up with its systems. A new water tower could cost up to $5 million by 2023, Krohn said, and the city is wanting to start saving money for it.

“There’s never a good time — every city council I’ve dealt with, there’s never a good time to raise rates for a variety of reasons, but it just seems like the right thing to do,” Krohn said. “Water, sewer and electric are probably as essential a service for public health and safety as police and fire. We want to make sure we’ve got everything operating at the highest efficiency for the people that live here now and the ones that are coming down the line as the city continues to grow.”

The last time the city raised water rates was in 2015, and Krohn pointed out that the city maintains a low monthly rate for water compared to other Indiana communities.

Fewell said in the future he’d rather see the city consider raising rates every two years, as opposed to on an as-needed basis.

The proposed new water tower would go somewhere on the city’s south side and would replace the city’s oldest tower in the Weston Village area. It would be the same height as the tower on the city’s north side so the city would have consistent water pressure throughout, Krohn said.

While the new tower is the major ticket item the city plans to save for with the proposed increase, Krohn said, there are also various other upgrades, pumps and equipment expenditures in the works.

Dan Riley, president of the city council, said people aren’t asking him why the city is raising utility rates. Rather, people are wondering why the rates aren’t raised sooner so increases aren’t such a surprise. That’s why he’s in favor of the gradual rate increase proposed for the water portion of the bill.

“People would rather see gradual and regular increases,” Riley said. “I don’t think we should go six years without raising the rates a little bit.”

While the water rate would affect all Greenfield Utilities customers, the council is also considering ordinances that would impact just a handful of residences or businesses.

“Back in 1998 everybody thought 4-inch would be as big as we’d get, but we’re getting bigger factories now,” Krohn said. “It’d just be new development that comes in that buys into the equity that everybody else has been paying for the last 100 years or so.’

Another utility-related ordinance is to update the billing system for about 60 homes in Bowman Acres and Chapman Estates. Due to a billing software error, those residences had been undercharged for wastewater use for the last 12 years.

“It’s an increase for those people because they fell through the cracks back in 2008 and when we put in the new billing software, it was discovered we’ve got this small group of 60 customers based on a flat rate that everyone else was paying back in 2008.”

The city council voted 6-0 in favor on the first reading of the utility ordinances. (Councilman Gary McDaniel was absent.) A public hearing will be held at 7 p.m. Wednesday, Oct. 27 at city hall.