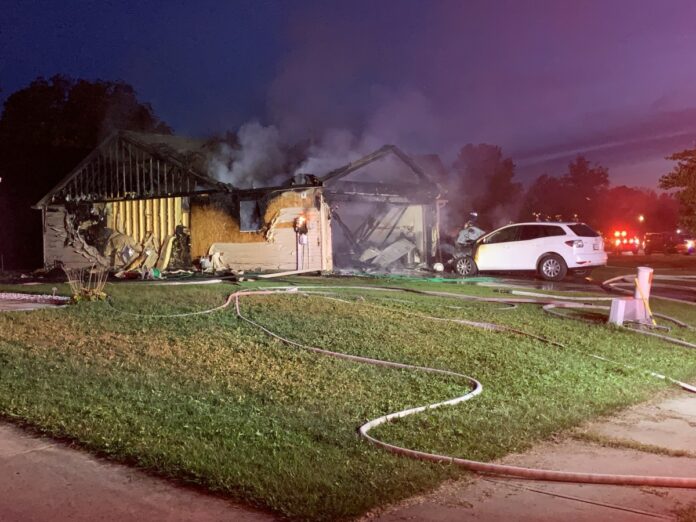 GREENFIELD — All occupants safely escaped the flames that overtook a garage and spread into its attached house on the city’s east side Friday night.

The Greenfield Fire Territory responded to the one-story house in the 2000 block of Bailey Circle at around 7:30 p.m. Oct. 1. Fire Chief Brian Lott said flames were coming out of the front of the open garage upon firefighters’ arrival, damaging a vehicle in the driveway.

“By the time we got here, it was already coming through the roof and the heat was getting onto the house next door,” Lott continued, adding that siding melted on the neighboring home.

All occupants escaped safely from both homes, he said.

“Everyone was out when we got here,” he added.

Lott said firefighters got the fire out in about 20 minutes before pulling out walls and checking the attic to make sure no flames persisted. 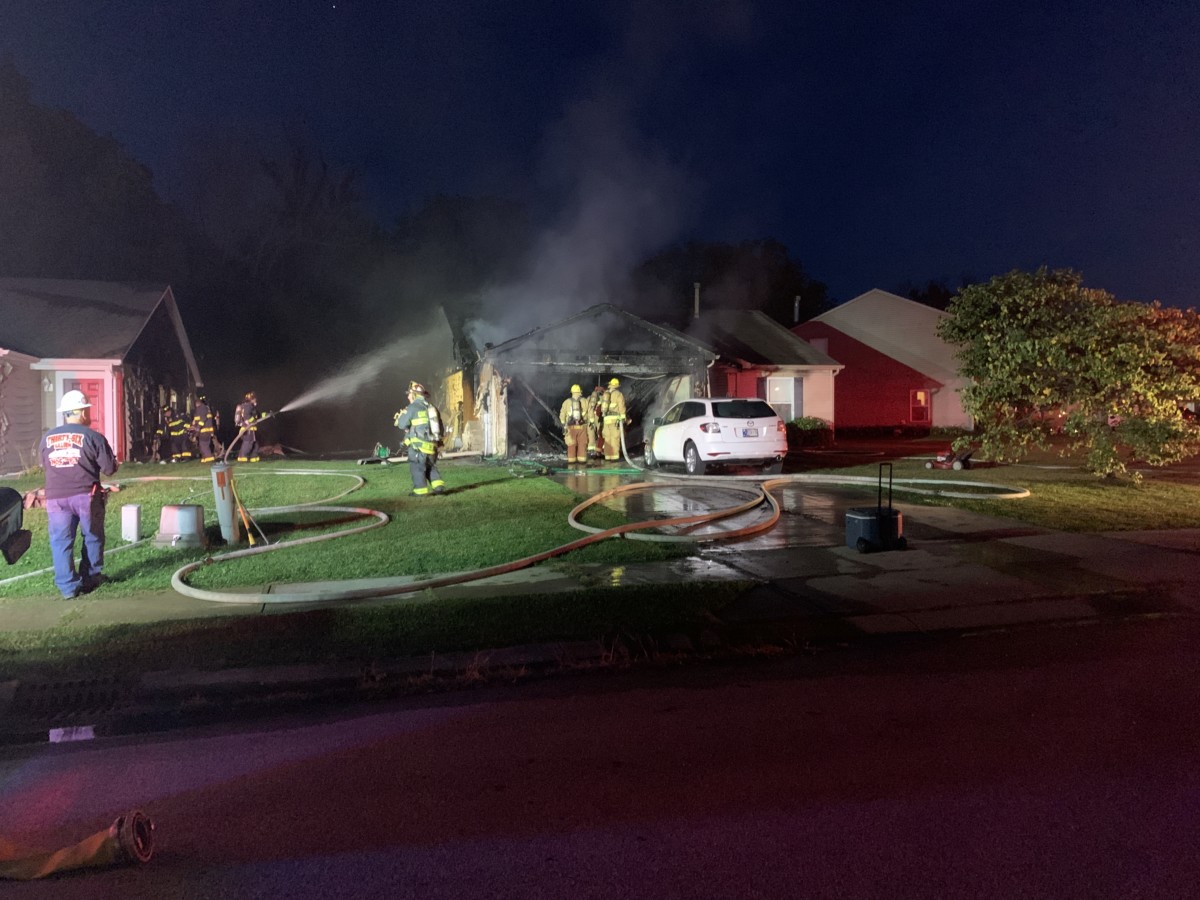 “The fire itself started somewhere in the garage, so we’ll be investigating exactly what started it,” he said.

He said the damage the fire caused to the property is significant.