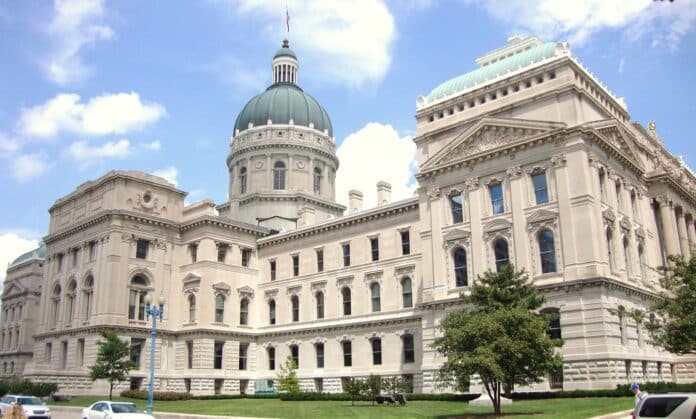 HANCOCK COUNTY — The bid to get a full-time magistrate into the county courts this year cleared another hurdle this week in the Indiana General Assembly after it was voted out of the House.

House Bill 1064, backed by Reps. Bob Cherry, R-Greenfield; Sean Eberhart, R-Shelbyville; and Chris Jeter, R-Fishers, easily passed on third reading, on Tuesday, Feb. 9, by a vote of 68 to 24. It was referred to the Senate on Wednesday, Feb. 10, where state Sen. Mike Crider, R-Greenfield, is backing the measure.

The bill, which includes provisions for courts in several counties, calls for the new magistrate position to be paid an annual salary of $128,022 by the state. Future salary increases will depend on legislative or administrative action. However, judicial officers are assumed to receive a 2.5% annual salary increase.

“As this bill advances to the Senate, I will continue working with fellow lawmakers and local leaders to make sure the needs of Hancock County are met,” Cherry said. “It’s important our judicial system can manage the high volume of work coming its way.”

Eberhart and Jeter also pointed to the “overloaded” court system as strong justification for the new position.

“Another magistrate would lessen the overwhelming work load on judges and staff, and help cases move through the system more efficiently,” Eberhart said.

Added Jeter: “Our judges face steep workloads, which contributes to a backlog in getting cases heard and resolved. Tuesday’s approval in the House of Representatives moves us one step closer to getting another magistrate so that the judicial system in Hancock County runs more smoothly.”