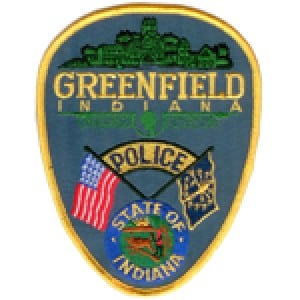 GREENFIELD — A Greenfield police officer who was placed on paid administrative leave in late August after an incident with an intoxicated woman has been suspended without pay for 30 days.

The Greenfield Board of Public Works and Safety unanimously approved the disciplinary action against Cpl. Justin Jackson on Tuesday, Nov. 26. The board agreed to reduce Jackson’s rank from corporal to senior patrolman and suspended him without pay from Tuesday until Dec. 25. Greenfield Police Chief Jeff Rasche said the requested disciplinary action was the result of a GPD internal investigation.

In an affidavit, Jackson was described as striking a woman — Sierra Gigure, 23, Indianapolis — in the face/head area during an altercation at Hancock Regional Hospital on Aug. 22. Gigure, who was handcuffed to a bed after becoming unruly with sheriff’s deputies, had slipped a restraint and swung her hand, striking Jackson in the chest; as she flailed, Jackson “then threw a punch towards Gigure’s face/head,” according to the police report.

Deputies had stopped Gigure on suspicion of drunken driving and had taken her to the hospital for a toxicology screening after she failed multiple field sobriety tests. Jackson, who was in uniform, apparently had come to the hospital emergency room to assist deputies who were trying to control Gigure. Prosecutor Brent Eaton noted at that time that it’s not unusual for agencies to assist each other in that way, although Jackson had been told by sheriff’s deputies after he arrived not to talk to Gigure.

Eaton in October concluded there wasn’t enough evidence to charge Jackson with a crime. The prosecutor’s office had been reviewing evidence — including interviews and audio and video surveillance collected through an Indiana State Police investigation — since early October.

Gigure is facing several charges, including a felony charge of battery on a police officer. While at the hospital, Gigure also pushed a deputy, cursed at hospital staff and kicked a nurse, according to the affidavit.

Online court records indicate Gigure, who is no longer in jail, has a pretrial conference slated for Dec. 6 in Hancock County Superior Court 2 in front of Judge Dan Marshall.

Jackson, who was named the department’s officer of the year in 2016, was one of four corporals in the department, according to a GPD organizational chart. Jackson made $57,416 in 2018, and he became a corporal in 2015, according to an Indiana Department of Local Government Finance database.