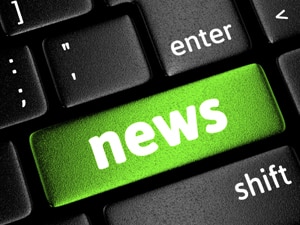 Fortville officials are adding several positions to the town’s staff in an effort to keep up with growth in the area.

Members of the Fortville Town Council recently announced plans to hire a new street and utilities foreman, a position that was cut from the town’s staff almost two years ago. Town officials also plan to find a new street and utilities superintendent, a position that was dissolved when Joe Renner, who previously served as the superintendent, was promoted to town manager in 2005.

The extra help will allow the street department to catch up on a backlog of work, including mowing grass on town-owned property, painting curbs along local roads and street sweeping, Renner said.

Since 2005, Renner has completed the duties of both town manager and utilities superintendent, but town officials are anticipating an influx of new utility customers as residents at newly constructed homes in nearby subdivisions hook onto town services.

Currently, the town has about 1,800 utility customers; as construction continues at several subdivisions throughout Fortville, Renner anticipates to see that number double in the next three years, he said.

That growth also will require attention from town staff, as workers need to be dispatched to hook up new utility customers and measure meters, he said.

He also hopes it will draw visitors into town, he said. Several shops and restaurants in the community’s downtown area draw regional residents to the town.

But Hiday said the town wants to make sure people are drawn in by what they see on their way through town.

“It doesn’t matter what else you have going on in town if you can’t make a good impression with what people see, be it with someone moving to Fortville or someone looking to move their business here,” Hiday said.

Sheila Gentry, a longtime Fortville resident, hopes to see the additional help make a positive visual impact across the community. She, too, wants to see more community activity in the area.

Fortville’s undergoing a transition, Gentry said. She notices more people on the streets during the evenings and on weekends, roaming around from shop to shop along Main Street — something she didn’t see a decade ago, she said.

“I’m proud to live here, but there’s a lot of things that could be done to the area to make it better,” she said.

The additions to the staff will bring the total number of town employees to 24.

Applications for the positions will be reviewed by Renner, who will make a recommendation to town council members.