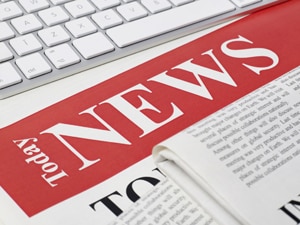 GREENFIELD — A proposal to turn 76 acres of land in Maxwell into a gravel extraction operation has died after dozens of area residents complained.

This week, the three-member Hancock County Board of Commissioners unanimously turned down the proposal, saying the potential cons associated with the project outweighed any pros.

The vote followed a half-hour of protests from residents who live in Maxwell and would be impacted.

Nearly 100 residents showed up to the plan commission meeting to protest the development, and the commission sent the proposal to the Hancock County Board of Commissioners with an unfavorable recommendation.

On Tuesday, the commissioners took up the issue and invited residents to weigh in.

Dozens of people living in Maxwell — those who have lived there 40 years, along with new homeowners — showed up to see how the board would vote.

Fred Dunlavy, a member of the Center Township Advisory Board, told the commissioners he’s heard from many residents living in the area who are opposed to the project.

They said they were concerned about the impact such a business would have on county roads that weren’t built to sustain truck traffic, dropped property values and whether the water wells in the area could handle a large industrial business.

Lori Maynard said she moved to Maxwell in 2004 because the house she found was her dream home.

Now, some 13 years later, that house is on the market, ready for another family to move in. Selling her home won’t be easy if potential buyers learn a gravel pit is going in next door, she told the commissioners.

Tom Hall, a certified appraiser who lives about a half mile away from the site, said the housing market in Maxwell would decline quickly if the gravel pit were to be built.

Homes would be on the market much longer, instead of 90 days, they’d be for sale for a year or two, he said.

Nobody would want to move to Maxwell, he said.

“You’re talking about devastating this entire neighborhood,” he said.

After hearing resident testimony, the three-member board unanimously voted against the project.

Brad Armstrong, the board’s president, said when making a zoning decision, he considers the good the proposed development would bring to the county. He also weighs the impact it would have on residents and infrastructure.

“Zoning issues are always very difficult because you’re telling someone what to do with land they paid for,” Armstrong said.

Commissioner John Jessup agreed, saying a vote against the proposal protects the county’s comprehensive plan, a blueprint for future development, and the investment residents made when purchasing land and homes in Maxwell.

After the vote, residents applauded the commissioners.