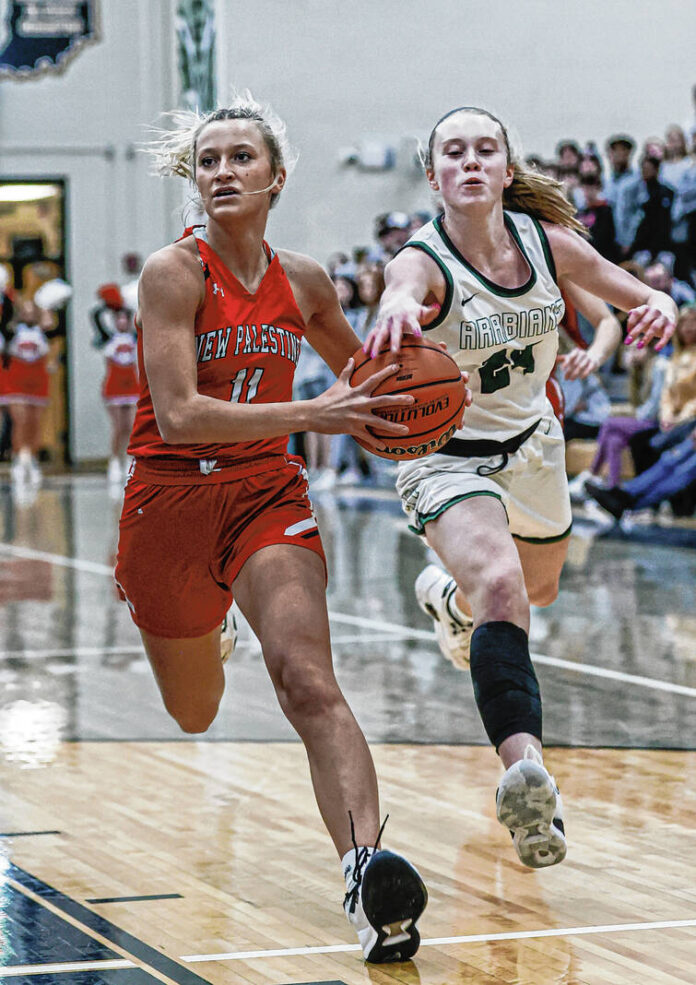 Tied at the half, New Palestine outscored visiting Rushville 42-35 in the second half to win 63-56, improving its record to 3-3 at New Palestine High School Tuesday.

Senior guard Isabella Gizzi had 21 of her game-high 28 points in the second half. She hit 12 of 14 from the free-throw line. As a team, the Dragons hit 14 of 16 fourth-quarter free throws.

For the Lions, Briley Munchel led the way with 20 points.

In the first meet of the season, Greenfield-Central lost 114-71 to visiting Franklin Central Tuesday.