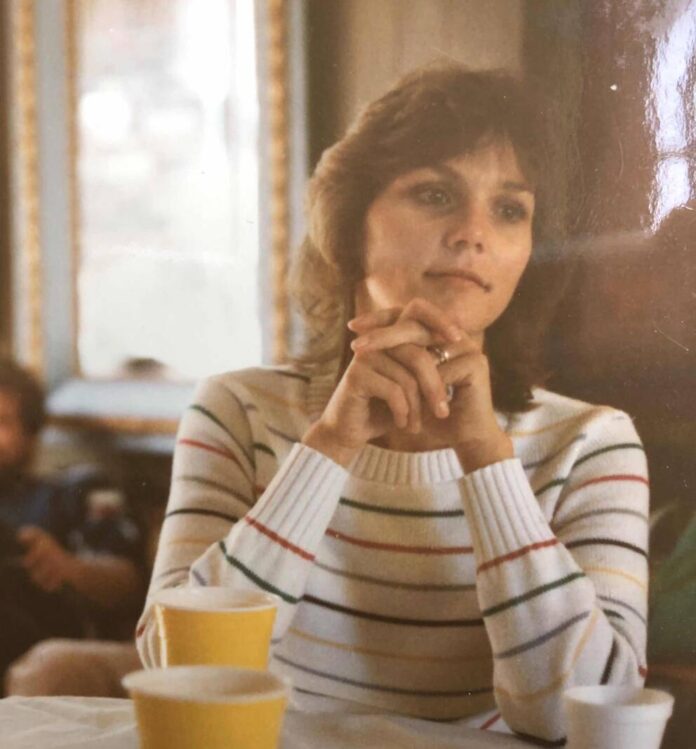 Terri Jo Sisson, also known as Aunt Bojo, left her earthly body on November 7 in Indianapolis. She was born to Floyd and Mildred Sisson on September 15, 1959 in Greenfield, Indiana. They brought Terri home to two older sisters, Penni and Vicki (who now goes by Tori). Terri grew up in Greenfield and graduated from Greenfield-Central High School in 1978.

Terri was a devoted mother to her daughter, Shauta Marsh and amazing grandmother to Vivien and Max Walker. Shauta, Terri, and the kids enjoyed cooking together, researching genealogy, and spending time as a family. Terri also volunteered and supported her daughter and son in law, Jim Walker, with their work at Big Car Collaborative in Indianapolis. Terri — an excellent cook — often fed the family after they’d worked long days, helped at events, and attended many more.

Also a loving and caring daughter, sister, aunt, cousin, co-worker and friend to so many, Terri — despite struggling with her own health challenges — frequently made time to support others with a smile and kind words.

Terri survived cancer, battling for over 10 years, then she dealt with the after effects of the treatments that extended her life. She was a woman of faith and had a strong relationship with God. Her sister, Tori, often joked that if she needed a prayer answered she’d ask her sister to put in a good word.

Terri had the boundless ability to give of herself to others. She worked at Sallie Mae, as an EMT, as a hospice nurse and, last, at the Department of Defense. Everywhere she worked she was known for a positive, cheerful attitude. Terri viewed each day as a gift — no matter if she had an amazing day or a day of suffering. She defied the odds and made miracles happen.

Terri is survived by her sisters Penni Bennett (Greenfield) and Tori Sisson Higgason (Fishers); daughter Shauta Marsh and son-in-law Jim Walker; grandchildren Vivien and Max Walker (all of Indianapolis); and several nieces and nephews. She was preceded in death by her mother, Sophia Mildred Floyd Sission, and father, Floyd L. “Buddy” Sisson.

A Celebration of Life will be held December 3, 4 p.m. at Tube Factory artspace, 1125 Cruft St. Indianapolis, IN, 46203. In lieu of flowers, donations can be made to Big Car Collaborative (www.bigcar.org) to support Terri Sisson Park located next to Tube Factory. This new park includes an urban agriculture program with chickens, bees, flowers, and medicinal plants for education.