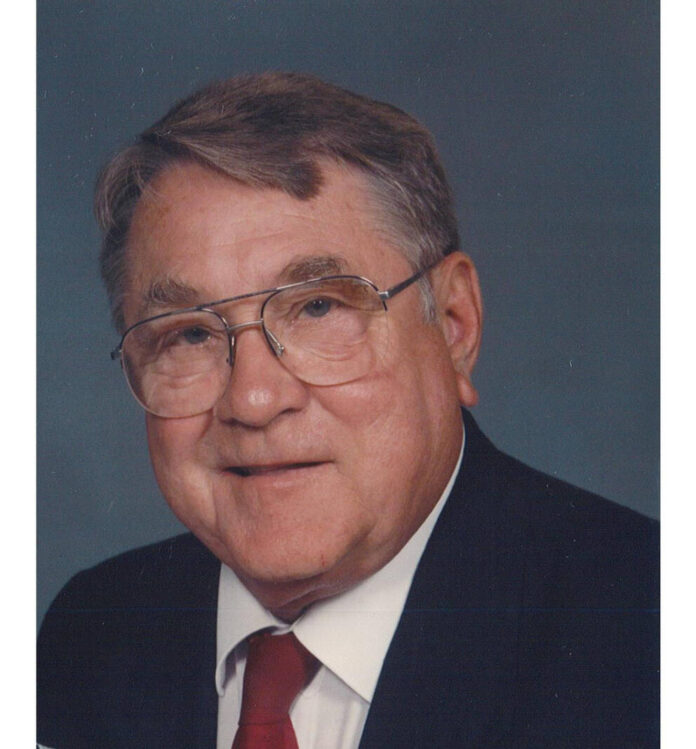 NEW PALESTINE – Robert E. Hawkins, 92 of New Palestine, passed away on Friday, September 30, 2022 at Woodland Terrace of New Palestine. He was born on January 1, 1930 to Earl &Edna (Liebrandt) Hawkins. Robert graduated from New Palestine High School in 1947. He served in the Indiana National Guard in the 1950’s.

Robert married the love of his life, Mary Ann on July 1, 1951. He spent his career at RCA in Indianapolis in roles of increasing responsibility until his retirement. Robert was a 50-year member of the New Palestine Masonic Lodge #404 and the Scottish Rite. He was active in both organizations up until a few years ago, lastly serving as a tour guide at the Scottish Rite. He and his wife attended Shiloh Christian Church for many years. He was also a member of the Philadelphia United Methodist Church in Philadelphia, Indiana.

Robert and his wife made their home in Spring Lake, Indiana for many years. He served on the town board and led lake and building improvements including dredging the lake a number of years ago. He and Mary Ann moved to a property near Morristown, Indiana when they were in their 70’s where they built a new home and enjoyed planting trees, puttering around in the yard, and generally enjoying themselves.

Robert or Bob as most people knew him, enjoyed playing and watching baseball. He followed the Detroit Tigers in the 60’s and 70’s. Bob enjoyed the outdoors. He began hunting deer in Baldwin, Michigan with his father in the 1950’s and continued with his sons and grandson until he was 85.

Visitation will be held on Thursday, October 6, 2022 from 11:00am to 1:00pm at Erlewein Mortuary &Crematory, 1484 W. US HWY 40, Greenfield, IN 46140. A funeral service with masonic rights will follow the visitation at 1:00pm at the mortuary. Private entombment will take place at Washington Park East Cemetery in Indianapolis.

Friends may share a memory or condolence of Robert by visiting www.erleweinmortuary.com