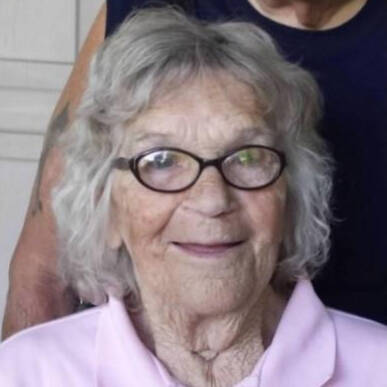 She was born June 8, 1940, in Connersville, the daughter of Donald Lewis and Stella Pearl (Riebsomer) Miller. On February 21, 1959, she married Keith Edmond Short, and he preceded her in death in June of 1978. She married William “Bill” Lightfoot on August 23, 1993, and he survives.

In addition to Bill, Rosemary is survived by her children, Marie Shull and husband, Steve, of New Castle, Brian Short and wife, Brenda, of Troy, Illinois, Chuck Short and Bobby Short, both of Morristown, Terry Lightfoot and Cathy Carroll, both of Shelbyville; brothers, Leonard Miller of Montgomery, Alabama, and Larry Miller of Phoenix, Arizona; 12 grandchildren; 23 great-grandchildren; five great-great-grandchildren; and numerous nieces and nephews.

She attended the Knightstown Soldiers and Sailors Home.

Rosemary was a member of the Fountaintown Christian Church, where she participated in making blankets for shut-ins.

She formerly worked at JMJ Vending.

Rosemary loved her family and enjoyed spending time with them.

She was formerly a Girl Scout leader.

Rosemary enjoyed going to flea markets and yard sales. She also enjoyed taking care of her flowers on her porch.

Visitation will be from 11 a.m. to 1 p.m. Saturday, October 1, 2022, at Freeman Family Funeral Homes and Crematory, Carmony-Ewing Chapel, 819 S. Harrison St. in Shelbyville.

Funeral services will follow at 1 p.m. Saturday at the funeral home.

Online condolences may be shared with Rosemary’s family at www.freemanfamilyfuneralhomes.com.