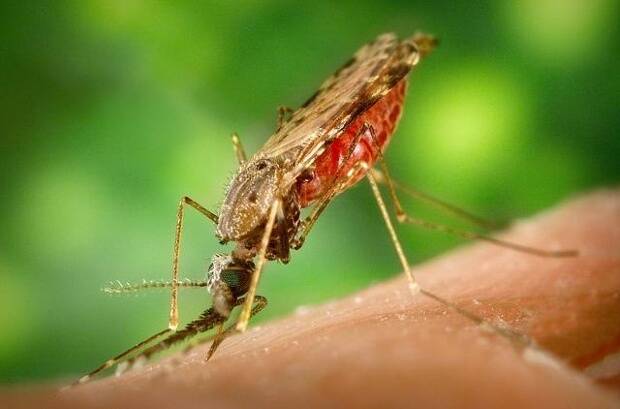 HANCOCK COUNTY – The threat of West Nile virus persists as another sample of mosquitoes in the county tests positive for the infection.

Derek Adams, an environmental health specialist with the Hancock County Health Department, said the recent positive result came from a sample of mosquitoes in Fortville. It followed the detection of the county’s first West Nile virus-positive mosquito pool of 2022 last month also in the town.

Just because both positive results came from Fortville does not mean it’s an isolated issue. Adams noted mosquitoes with West Nile virus bite birds, infecting them with the virus, and that birds are small enough that the virus can build up in their bloodstreams enough to infect other mosquitoes that bite them.

“Just finding it in Fortville isn’t indicative that it’s only there, because mosquitoes and birds do fly a pretty significant distance,” he said.

West Nile Virus is solely a mosquito-borne illness, meaning that it is only transmitted by mosquitoes and will not spread from human to human. Non-infected mosquitoes will not become infected if they bite an infected person.

Adams said there continues to be no human infections of the virus reported in the county.

“We want to make sure people understand where mosquitoes breed and how to protect themselves from getting West Nile virus,” he said.

The kinds of mosquitoes that transmit the virus breed in water, he continued, adding it’s important to be mindful of objects and areas on one’s property that can hold water.

Adams added changing water in bird baths every week or so will flush out mosquito eggs or larvae that may be present as well.

While there is no cure for West Nile virus, people can take steps to protect themselves from mosquitoes carrying the virus when outside by wearing insect repellent, long sleeves, pants and closed-toe shoes if possible.

“If it’s a hundred degrees, I’m not expecting people to be walking around in long sleeves, jeans and boots, but at the same time, if it’s possible to take those precautions, it’s the best policy to do that,” Adams said.

Symptoms of West Nile virus include fever, headache, muscle and body aches and loss of appetite. Serious symptoms can include swelling of the brain and surrounding tissues as well as swelling of the protective membranes covering the spinal cord. Most people infected show no symptoms. Symptoms take three to 14 days to present. A small percentage of people experience severe illness.

“Now that we’ve got more manpower and the ability to spread out some of the responsibilities, we’re able to bring this back and we’ve done a lot more surveillance this year in the county than we have in years past,” Adams said.

He added he heads out regularly to set mosquito traps consisting of small tubs with an alfalfa/water mixture along with a vacuum tube and fan that sucks mosquitoes into a net. Adams returns the next morning to retrieve the nets and then removes species of mosquitoes known to breed in containers and feed on birds and people. Then he sends them to a state laboratory to be tested.

• Drill holes in the bottom of recycling containers left outdoors.

• Clean clogged roof gutters, particularly if leaves tend to plug up the drains.

• Aerate ornamental pools, or stock them with predatory fish.

• Install or repair screens on windows and doors to keep mosquitoes out of the home.

Prevent mosquito-borne diseases when venturing outside

• Avoid being outdoors when mosquitoes are active (especially late afternoon, dusk to dawn and early morning).

• Cover exposed skin by wearing a hat, long sleeves and long pants in places where mosquitoes are especially active, such as wooded areas.