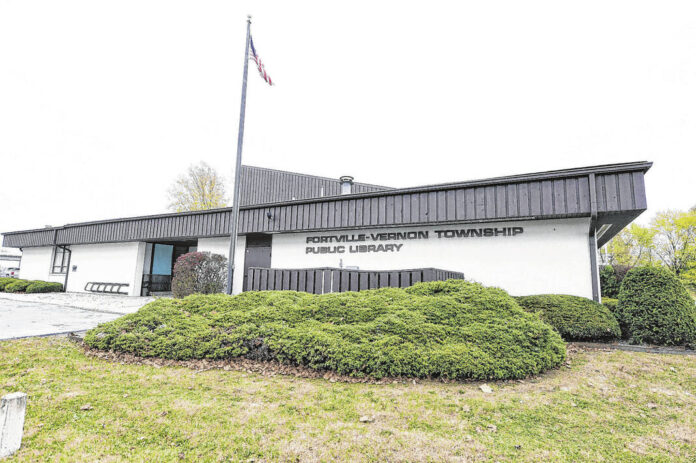 In 2002, J.B. Stephens was honored at the dedication ceremony for the new J.B. Stephens Elementary School named in his honor. The longtime educator and retired local school superintendent visited the school for special occasions in the years that followed, presenting character awards named for him and attending belated celebrations of his Dec. 24 birthday there. The last one he attended was for his 99th. A celebration of his 100th birthday was videotaped and sent to him as a get-well greeting. Stephens died in May 2008 at the age of 100.

In 1987, a bricklayer working on a new Hancock County Jail was shocked when a piece of metal reinforcement came into contact with an electrical line. He survived. The explosion left some East Main Street businesses without power.

In 1985, ground was broken to expand the former Ecoff Trucking building to become the new site for Fortville-Vernon Township Public Library. It moved from 115 N. Main St. to 625 E. Broadway eight months later.

In 1944, 44-year-old Ferris Woods of Charlottesville died when lightning struck a tree he had gone under for shelter. He was driving cows home when a storm arose.

In 1917, Hancock County’s selective board met with the first 40 county men summoned to appear for the draft to serve in World War I. The plan was to examine 40 a day until meeting the quota of 139 for the county.

In 1958, Buck Creek Township’s Delores Sparks was chosen as the first Hancock County 4-H Fair Queen. The 16-year-old was a junior at Mt. Comfort High School.

In 1914, lightning struck the steeple of a United Brethren church at Swope and Lincoln streets, destroying the steeple and bringing water damage to the church. Lightning also struck a barn in Philadelphia and started a fire that consumed it.

In 1967, county health officer Dr. Robert E. Kinneman confirmed a positive case of typhoid fever had been diagnosed locally. He said the youth might have contracted it on a recent out-of-state trip. He did not want “to push the panic button” but urged the public to be careful with water and milk.

In 1968, about 75 people gathered in the Hancock Superior Courtroom to object to a proposed airport at Mt. Comfort. Hancock County Planning Commission members deferred action and continued the case to the Sept. 5 meeting, but an airport — now known as Indianapolis Regional Airport — was eventually built.