The following items are available at the Hancock County Public Library, 900 W. McKenzie Road. For more information on the library’s collection or to reserve a title, visit hcplibrary.org.

Fiction: “The Dictionary of Lost Words” by Pip Williams

Motherless, Esme spends her childhood in the Scriptorium, a garden shed in Oxford where her father and a team of dedicated lexicographers are collecting words for the very first Oxford English Dictionary. One day a slip of paper containing the word “bondmaid” flutters beneath the table. She rescues the slip, and is told that the word means “slave girl.” Learning that words relating to women’s and common folks’ experiences often go unrecorded, Esme begins to collect other words discarded by the dictionary men. As she grows up, Esme begins in earnest to search out words for her own dictionary: the Dictionary of Lost Words. — adapted from the jacket 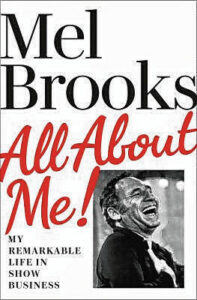 Nonfiction: “All About Me” by Mel Brooks

The legendary comedian, actor, film producer and director traces his rise from a Depression-era kid in Brooklyn to his stellar film career, offering insight into the inspiration for his ideas and the many close friendships and collaborations behind his success. Brooks shares never-before-told, behind-the-scenes anecdotes and remembrances as he charts his rise from a Depression-era kid in Brooklyn to the recipient of the National Medal of Arts. From his career with Caesar’s Your Show of Shows to his many films, and his Broadway musical adaption of “The Producers,” he offers insight into the inspiration behind the ideas for his boundary-breaking work, and shares details about many close friendships. — adapted from jacket 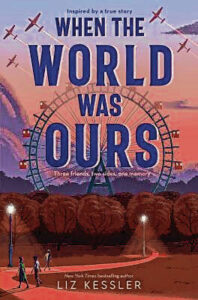 Youth: “When the World was Ours” by Liz Kessler

Vienna, 1936. Three young friends spend a perfect day together, unaware that around them Europe is descending into a growing darkness and that events will soon mean that they are ripped apart from each other as their lives take very different directions. Inspired by a true story, this is an extraordinary novel that is as powerful as it is heartbreaking and shows the bonds of love, family and friendship allow glimmers of hope to flourish, even in the most hopeless of times. – from the publisher