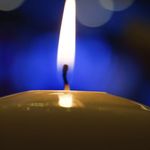 William “Bill” Bravard, 72, passed away on December 3, 2021 at his home. Bill loved hunting, fishing, and traveling with this family. He retired from Fort Mt. Comfort Company in Indianapolis in 2007.

He was preceded in death by his parents Charles and Ruth Bravard and a brother, Richard Bravard.

Bill was a member of the Mt. Lebanon Methodist Church. Cremation will be at Bell Mortuary and his burial at a later date.