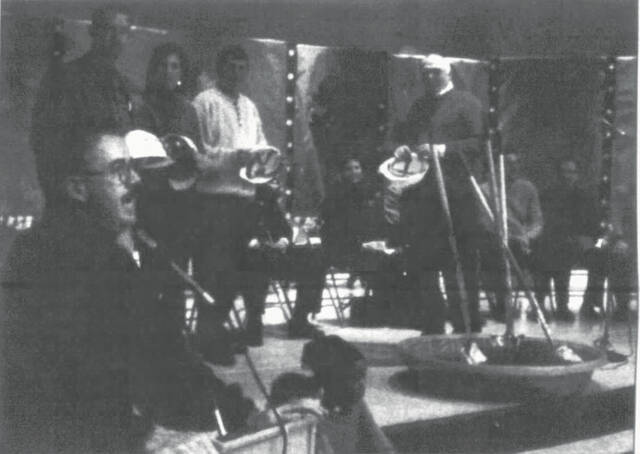 In 1943, Fortville’s Marie Adams, a missionary to China, finally reached American soil after she was able to leave a former mission compound that Japanese soldiers in World War II had turned into a concentration camp. She later published a book about her experiences in the camp.

In 1968, Interstate 70 between Greenfield and Indianapolis was officially opened to traffic. Two-hour free parking was in place in downtown Greenfield to encourage business there.

In 1918, the board of Greenfield Banking Co. voted unanimously to offer vacant lots at East and North streets for a memorial building to honor soldiers. “This county is very greatly in need of a public hall, a place for conventions and various kinds of gatherings,” according to the Dec. 4, 1918, story announcing the donation.

In 1925, Col. Edwin P. Thayer of Greenfield was elected secretary of the U.S. Senate by the Republican senatorial caucus.

In 2007, below-freezing temperatures forced the groundbreaking ceremony for a $17 million new Mt. Comfort Elementary School inside the existing school building. Shovels of dirt were turned in a blue kiddie pool on stage.

Hope for Living: Can we be joyful in dark times?

The Bulletin for Jan. 22