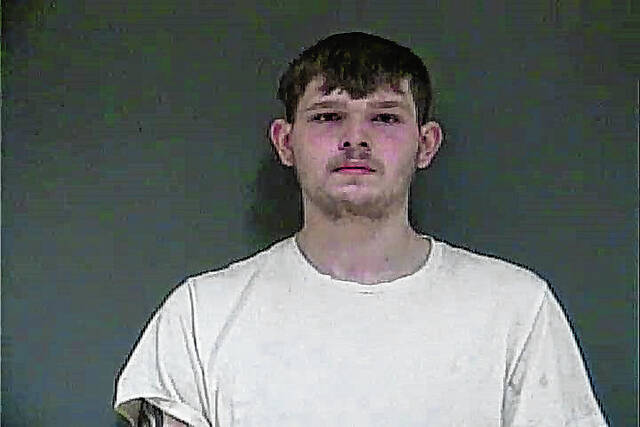 HANCOCK COUNTY — The young woman used the sleeve of her jacket to occasionally wipe away tears during her testimony.

The teenager who has accused Christopher L. Hargraves of raping her took the stand Wednesday morning, Dec. 1, during the first full day of testimony at his trial and told the jury her version of what happened the night in September 2020 she and Hargraves were together at his home in McCordsville.

The girl, who is now 18, said she got a ride from Hargraves that night and the two went to his house to smoke marijuana. She said she did not want to have sex with him, something he demanded at gunpoint, she testified.

“He said, you’re going to have sex with me,” she said.

Answering questions from chief deputy prosecutor Aimee Herring, the young woman testified that Hargraves lifted her off the top of a bunk bed in his bedroom, where she was playing a video game on her phone, and pointed a gun at her head before telling her they were going to have sex.

When asked if she tried to stop Hargraves or tell him she didn’t want the encounter, the girl said “yes” and that she repeatedly told him to stop and even tried to kick him in the stomach and scratch his neck to make him stop, but he kept on with his advances.

The young woman testified she was afraid because she didn’t know if the gun Hargraves had was loaded. She told the jury Hargraves kept the gun on a pile of clothes near him while forcing her to have sex.

After the encounter, she said, Hargraves kept the gun in his possession, and she ended up tricking him when they were driving back to her subdivision by telling him she had just seen a police car. When Hargraves looked toward where she was pointing, she said, she jumped out of the car, went home and told an adult male at her house and her boyfriend, via text, what had happened.

It wasn’t until the next day, when she spoke with school officials and police officers, that she was able to process that she had been raped.

During cross examination, Hargraves’ attorney, Jeffrey McClarnon, showed the girl a photo of the bunk beds and asked her to explain how Hargraves got her off the top bunk when there was a safety rail on most of the upper bunk.

“He’s a strong dude,” replied the young woman, who told the jury she is 4-feet-11-inches tall and weighed about 100 pounds the night of the incident.

She said that when she spoke to school officials the day after the incident, she had no idea they’d report it to law enforcement.

Another witness during the morning session of the trial was a detective from the Hancock County Sheriff’s Department who told the jury he was part of the investigation and helped the department serve a warrant on the residence in search of a gun. The detective noted they did not find a firearm during that search.

The state called several witnesses in the afternoon, including Hargraves’ aunt, in whose home the encounter took police. She testified that she often heard Hargraves playing video games but did not hear anything the night of the encounter.

Herring planned to call more witnesses today (Thursday, Dec. 2) before the state rests. The defense then will present its case.