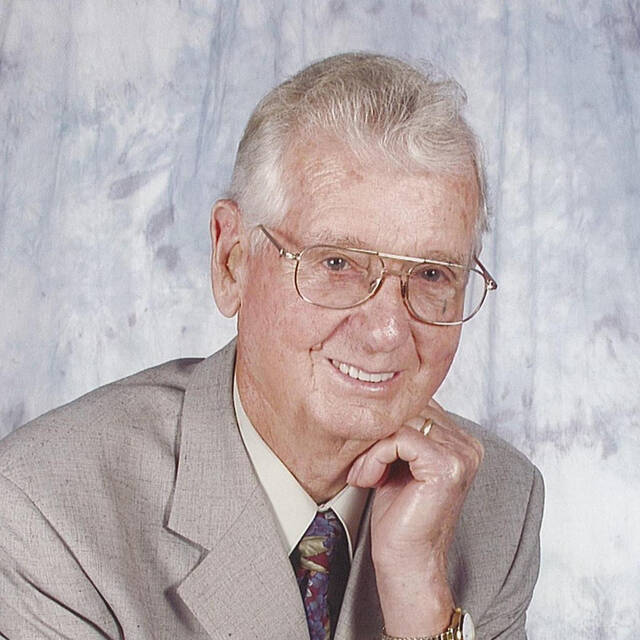 Edgar “Edd” A. Banks, age 95, of New Palestine, passed away Friday, November 26, 2021. He was born in Ermine, Kentucky on March 18, 1926 to Wesley Banks and Bertha (Morgan) Banks. He attended Whitesburg High School in Whitesburg, Kentucky. Edd was a veteran of the United States Navy and served in WWII. On March 10, 1948, he married Fairy Banks in Uz, Kentucky.

Edd worked at Indiana Kentucky Electric Corporation in Madison, Indiana for 31 years. He had been a barber in his early adulthood. For many decades, he also worked as a farmer as his second occupation. He was a member at Heather Hills Baptist Church in Indianapolis.

In lieu of flowers, memorial contributions may be made by mail to the Alzheimer’s Association 50 E 91st St #100, Indianapolis, IN 46240 or envelopes will be available at the mortuary. Friends may share a memory or condolence at www.erleweinmortuary.com.