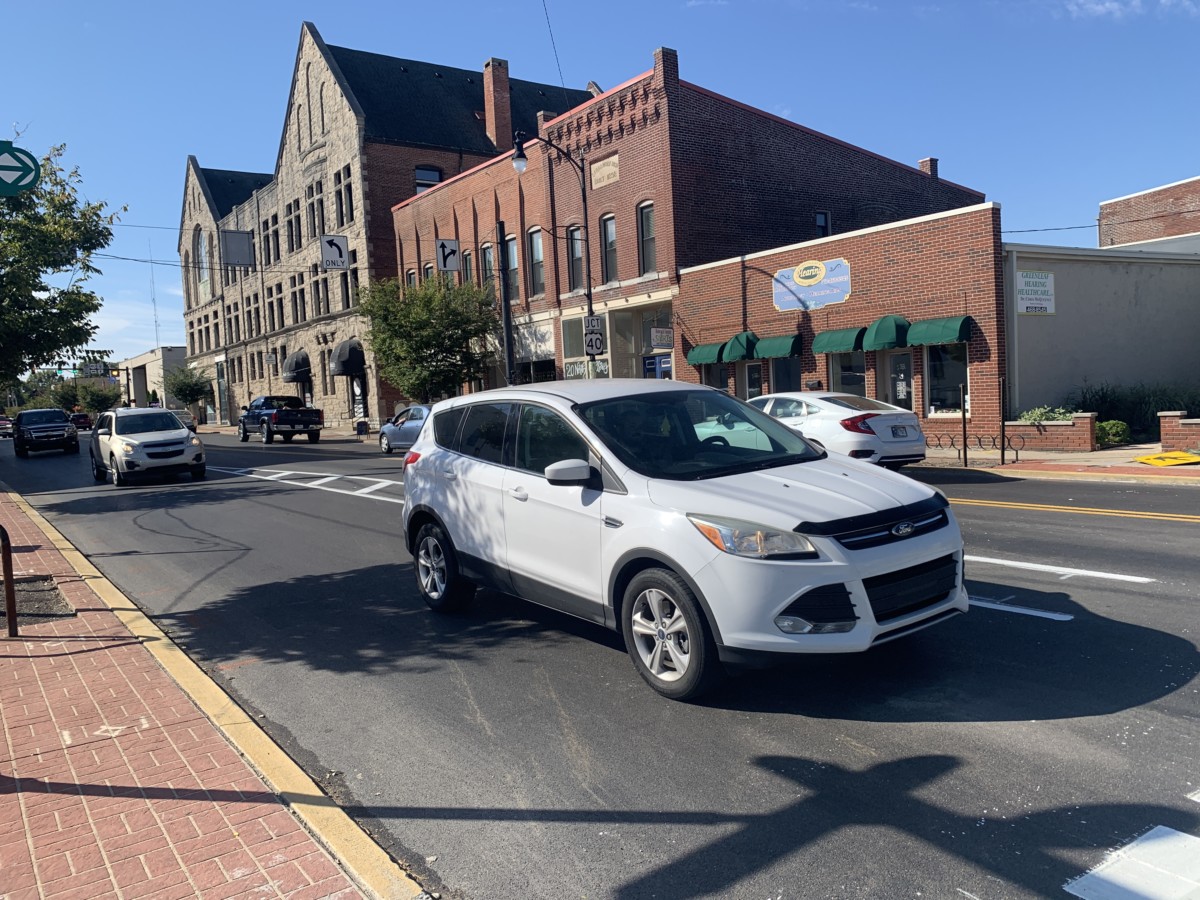 Traffic makes its way down State Street in downtown Greenfield Friday morning after the road between Main Street and McKenzie Road opened following a resurfacing project. Crews patched and repaved the road during the project, and sidewalks and ramps were also updated to standards of the Americans with Disabilities Act. The work made up the second half of a State Street project that began in March, the entirety of which ran in both directions between Davis and McKenzie roads.