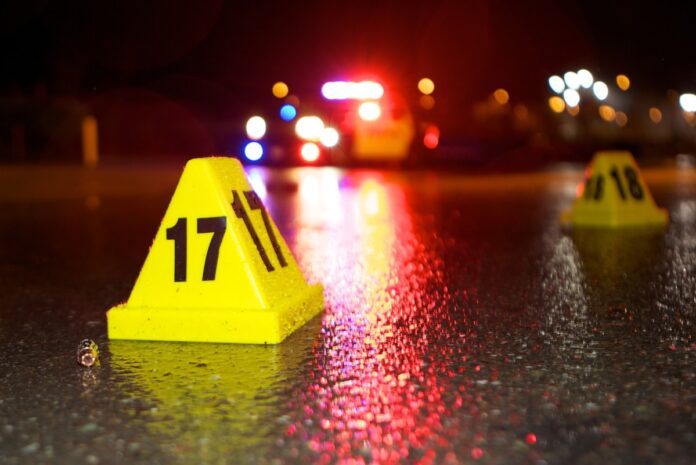 However, participating in the task force may be an investment that some, like Hancock County, can’t afford.

Marion County and the “doughnut counties” surrounding Indianapolis were chosen as the location for the program because of the city’s high level of gun crime, although it could eventually expand to other parts of the state.

Indianapolis saw a record 245 homicides in 2020, according to statistics released by its police department, and nearly 90% were committed with guns. According to the nonprofit Everytown for Gun Safety, Indiana has the 19th-highest rate of gun deaths in the country.

A mass shooting also shocked the community in April, when eight people were slain at a FedEx facility. A 19-year-old man has been charged in those deaths.

During the testimony on the bill, legislators heard that in cases of gun crime, evidence is often processed by different systems that don’t interact, and information that could lead to a crime being solved is not shared with the agency that needs it. To combat that, the task force will give departments access to the National Integrated Ballistic Information Network, which will allow them to check for related evidence from neighboring communities, around the state, or around the country.

A few departments in the state had already been using the network, Jeter said, but creating this network will formalize that process and mean departments won’t need to individually pay for access to the system.

As an example of what the information network can accomplish, Jeter pointed to a case last year when police used it to connect three suspects to a series of crimes that included both a murder in Indianapolis and the shooting of a police canine in Fishers.

“It also has a very strong data component; we’ll have a couple of full-time people who do nothing but look at the data on these guns,” Jeter said.

The hope, he said, is that studying the patterns of gun crime in central Indiana will lead to more information about where and how illegal guns are obtained and eventually help get them off the streets.

“If it goes well, we could roll it out to the whole state in different regions,” Jeter said.

To participate, law enforcement departments will choose a specific officer who will be trained in the use of the information network and will work on cases involving gun evidence.

Although the task force is designed for agencies to participate via enrolling their existing personnel, it does pose an additional expense for those that don’t have employees to spare.

“I think it’s a much-needed task force,” Hancock County Sheriff Brad Burkhart said. He said he thinks the task force could be effective in reducing crime in and around Marion County. However, he said, there has not yet been much discussion about how the program would be funded.

Burkhart said fully participating in the task force would entail sending at least one deputy to do full-time work outside of the usual tasks of Hancock County law enforcement. To do that, he said, he’d need to be able to cover the costs of hiring another deputy.

“I don’t have the manpower to cover Hancock County, let alone send somebody to a task force outside the county,” he said.

In a meeting about the program with other sheriffs, Burkhart said he mentioned the funding issue, and others said the expense would be an issue in their counties as well. Burkhart said he hopes the state will provide funding that allows them to participate.

Although participating in the task force would be helpful, Burkhart said, the sheriff’s department does have a network of connections in other counties that can be called upon to help make connections and solve gun crimes.