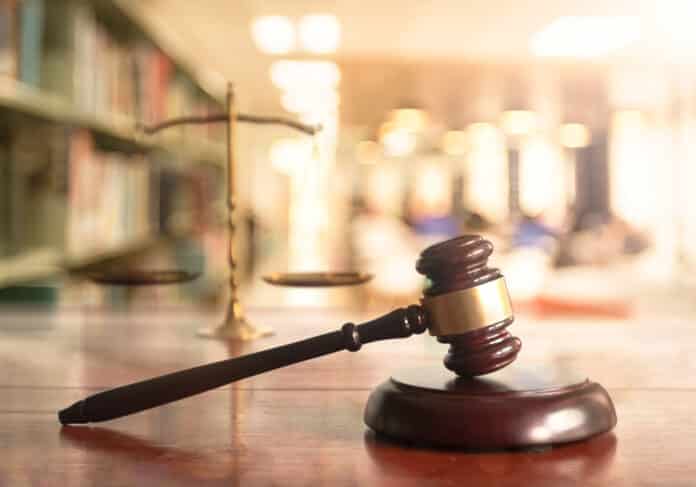 HANCOCK COUNTY — An order suspending all jury trials in the state of Indiana was lifted March 1. The decision means county courts have begun settling cases through jury trials instead of delaying, having to push issues down the road.

Holding a jury trial has been a rare thing, almost nonexistent all around the state since the pandemic began.

The county courts had resumed jury trials in late July of 2020 during the pandemic only to be shut down by the Indiana Supreme Court this past December when COVID numbers spiked statewide.

Judge Scott Sirk, who presides in Circuit Court, answered with an emphatic “yes” when asked if he’s ready to get that part of the judicial process rolling again.

Sirk noted the original county plan for holding jury trials during the pandemic is still in place and is being implemented now. The county’s judicial officers, Sirk; Judge D.J. Davis, who presides in Superior Court 1; and Dan Marshall, who oversees Superior Court 2, received input from law enforcement, the county health department and state officials who have provided detailed guidelines for getting back to full-time court business, including jury trials.

The guidelines are strict, enforcing social distancing, the use of masks, hand sanitizer and the cleaning of courtrooms. Plans also call for scheduling jury trials with 12-person juries only in the biggest courtroom in the courthouse — Circuit Court.

Superior Court 2 has sufficient space to hold misdemeanor and Level 6 jury trials, which require only six jurors and in fact the court held a trial on a misdemeanor case earlier this week which was able to be closed.

Superior Court 1 currently has a couple of jury trials slated for March 23, but could see both or one of them pushed back for legal reasons while Circuit Court is slated to see its first 12-person jury trial as soon as April 20.

Prosecutor Brent Eaton noted his office is “chomping-at-the-bit” to get some of the many cases put on hold because of the pandemic, settled.

“Every case gets resolved in one of three ways, an agreement, a trial or a dismissal,” Eaton said. “Without trials it’s been very difficult for us to bring accountability to people sometimes.”

Getting in front of juries and moving cases through the system is a must, Eaton noted, saying people have a right to be judged by a jury of their peers.

“It’s one of those important rights we have in our republic,” Eaton said. “Some on the defense and many defendants don’t agree with what we’ve charged them with and they want to get their case settled in court too.”

Eaton has the utmost confidence in the county judicial officers who will do what they must to keep the courtrooms as clean and safe as possible.

“They’re doing everything that they reasonably can to balance the needs of the public with the need we have to see that cases are brought to trial,” Eaton said.

Each court will need to determine how best to secure social distancing for the gathering of a jury pool, the state recommended. That means finding safe places for people being asked to serve to wait during the jury selection process. Only 25 people may be seated in the courtroom at a time during jury selection, Sirk noted.

Once selected, the jurors will continue to wear masks and be seated with plenty of space between each juror — 6 feet apart — and fewer members of the public will be allowed into the courtroom to watch a trial. Those who are allowed will find seats on a first come, first serve basis and they must wear a mask and observe distancing.

The court will provide masks for those who need them and make sure everyone adheres to the rules.

“Protocol will be strictly followed and the bailiff will ensure guidelines will be enforced,” Sirk said.

The Supreme Court has given local courts authority to adjust operations since the beginning of the public health emergency. The authority included holding remote proceedings and streaming public hearings online if the courts were equipped to do so.

In addition, a Resuming Operations Task Force released guidance on managing court proceedings as conditions change. The guidance was on safely resuming court operations, and protocols for mitigating in-court exposures.

As for how to handle jury trials, state officials recommended the courts consult with counsel for both parties on how to deal with the wearing of masks by witnesses while testifying and for jurors during a preliminary examination of a witness or a juror by a judge or counsel.

Some of the state guidelines include sending an additional COVID-19 questionnaire to the jurors, deciding in advance on criteria for automatic deferrals considering factors such as: essential workers, including those working in long term care facilities. Jurors with vulnerable health conditions or living with those who are vulnerable, according to state guidelines, might be dismissed as would someone who has had COVID-19 exposure or someone who might just be returning to work after being furloughed.

The county’s judicial officials are concerned with juror safety, Sirk said, which is why they will follow all state guidelines with extra concern for high-risk individuals.

When asked if someone might be dismissed because of fear of contracting the virus, Sirk said people can request excusal due to COVID.

The local restart plan also includes making a county nurse available as a consultant for the courts as needed. In addition to safety measures such as masks and social distancing, along with providing hand sanitizer, the court facilities will be cleaned in between events and as often as possible.

The courts will continue to hold remote hearings whenever possible and they also have been utilizing electronic equipment which allows judges to see inmates remotely, eliminating the transportation of an inmate. Now judicial officials are pleased to have received the green light to be fully operational.

‘He did whatever he could to help’: Veterans organization plans Thanksgiving dinner