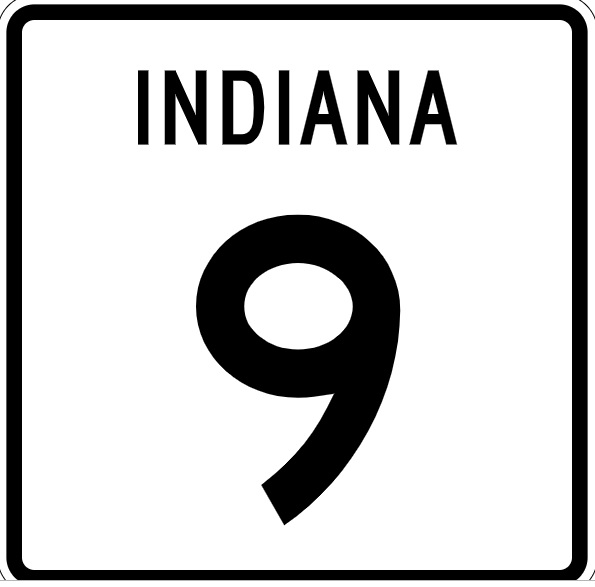 GREENFIELD — Most residents who attended a public hearing last week about the state’s proposed changes to State Road 9 disagreed with the project, saying there are better ways to spend money on local roads.

Nearly 60 people attended the meeting on Thursday, Nov. 14, held by the Indiana Department of Transportation, at Greenfield Central Junior High School. The department plans to repave 9.5 miles of State Road 9 in 2020, from Interstate 70 in Greenfield to U.S. 52 in Shelby County. The project also calls for medians in several locations between the interstate and McKenzie Road, replacing the middle turn lane.

Rickie Clark, with INDOT’s Office of Public Involvement, led the hearing and said the project is still considered a proposal and isn’t yet finalized. INDOT officials will next review comments expressed during the hearing as well as additional public comments submitted to INDOT. Clark said the department will communicate their project decision in February 2020, and construction is proposed to begin in April 2020. The median installation and resurfacing is expected to cost close to $5 million.

With State Road 9 being the city’s main north-south thoroughfare, Clark said INDOT is aiming to enhance the road with minimal disruptions to drivers. During construction, through traffic will be closed to non-local drivers. One lane will, however, remain open at any given time for local traffic only.

The median installation would remove the middle turn lane in seven locations along State Road 9 and replace it with a landscaped median and dedicated left turn lanes. The City of Greenfield has agreed to pay for the design, installation and upkeep of the medians. It could include grass, flowers, small trees and decorative street lights and beacons similar the two stone beacons at the I-70 interchange.

The project also proposed installing a new sidewalk on the west side of State Road 9, south of I-70 toward McKenzie Road.

The new design, with medians instead of the turn lane, is supposed to make the road safer, according to INDOT. Instead of turning left into restaurants and stores directly from the highway, drivers will have to turn left at stoplights and navigate side streets off State Road 9 or make U-turns at lights.

Several people who spoke on the public record on Thursday were upset with the project.

Jim Shepherd said instead of spending money to redo State Road 9, the state should pay for a bypass around Greenfield to force semitrailer trucks out of downtown. For decades, local and state officials have discussed the idea of a bypass near Greenfield to divert truck traffic from state roads.

Ray Richardson, who served in the Indiana House of Representatives for 24 years and as the Hancock County attorney for 50 years, said he remembers attending a series of meetings 55 years ago that talked about the state widening State Road 9 from two lanes to four lanes and eventually building a bypass.

“Well, I don’t have another 55 years to wait, and it doesn’t sound like this is going to happen,” Richardson said about the bypass.

Richardson said he attended the State Road 9 hearing to also talk about another recent INDOT project in the city: a road diet of U.S. 40. He said the state “totally messed up” Main Street on the west side.

The state re-striped a nearly two-mile stretch of U.S. 40 this past summer, starting near the entrance of the Prairie Meadows apartments on the west end of Greenfield and ending at Franklin Street. The road diet converted the four-lane road to three lanes with two driving lanes, a middle two-way turn lane and space for bike lanes. Studies indicate that road diets reduce crashes by as much as 47%, according to INDOT.

“Frankly, we ought to take the money that you’re going to use on State Road 9 and put U.S. 40 back where it used to be,” Richardson said, drawing applause from the audience.

Kierstin Nugent expressed multiple concerns with the project. She questioned whether maneuvering around the medians would delay response time for emergency vehicles. Those drivers wound need to make U-turns at intersections rather than driving through the middle turn lane in an emergency.

Nugent also wanted more information on the types of crashes reported along the state highway: were most accidents property damage, personal injury or weather related? She suggested the state spend more money on poor weather maintenance along the road to try and prevent weather-related crashes.

As a few more people spoke out against the project, Nugent asked the audience of about 55 to take an informal survey by a show of hands. She counted 25 people raising their hands in objection to the project and four who raised their hands in favor of it.

One person who agreed with the project was Daniel Liggett. He told the audience he’d like the scope of the plan to expand north of the Interstate 70 interchange to include more medians north of town.

Jason Koch, city engineer for Greenfield, said while he agrees the State Road 9 project would improve safety, he’s concerned about an increase in crashes on the side streets, such as Melody Lane, as traffic diverts off State Road 9. If that happens, he said, he hopes INDOT could help fund future intersection improvements.

Residents can submit written comments about the project to INDOT by Dec. 2.

The public is invited to also submit written comments to INDOT regarding the State Road 9 project. They can turn those in via e-mail to [email protected].; or to INDOT Public Hearings, IGCN Room N642, 100 N. Senate Ave., Indianapolis, IN 46204. The deadline is Dec. 2.