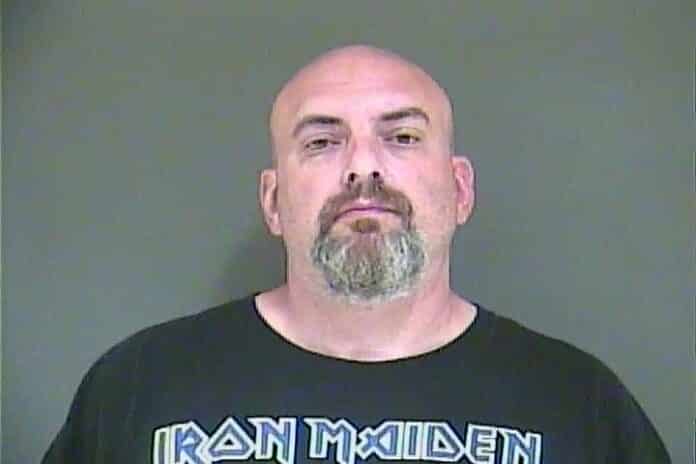 HANCOCK COUNTY — An Indianapolis man has been arrested and is facing multiple felony charges, including attempted murder, after a woman was stabbed in the chest Saturday night, May 8, at the Speedway store, 5972 W. U.S. 40.

Ronald Lee McClure, 49, Indianapolis, is in custody at the Hancock County Jail. He will be charged with a Level 1 felony count of attempted murder and eight other counts, prosecutor Brent Eaton said.

The quick work of a Hancock County sheriff’s Deputy, Sgt. Nick Ernstes, likely saved the woman’s life, officials said. Ernstes happened to be pulling into the gas station, at the corner of Mt. Comfort Road and U.S. 40, seconds after the woman was stabbed and began emergency treatment.

“It was an act of God that (Deputy) Ernstes happened to be there,” said Capt. Robert Harris, public information officer from the Hancock County Sheriff’s Department. “He started applying pressure to the wounds and basically saved her life.”

The woman was found in the parking lot with multiple stab wounds, a probable cause affidavit said.

The suspect was described as an estranged boyfriend against whom the woman had received a protective order in Marion County. He fled the scene but was arrested the next day in Cumberland.

This is a developing story and will be updated.