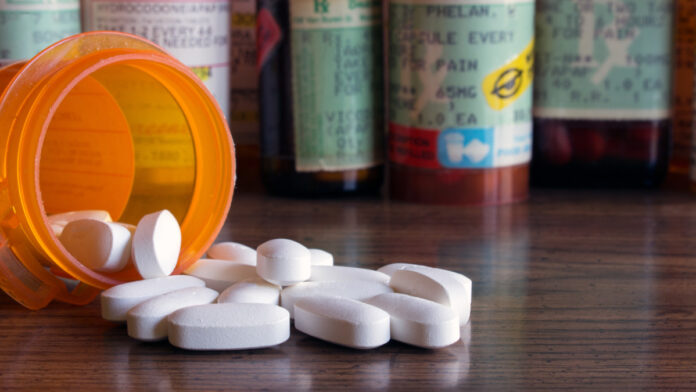 The idea is to stop the addiction cycle and help substance abusers get treatment. The new policy also will save lives, Prosecutor Brent Eaton said.

In 2019, 11 people countywide died as a result of overdoses, officials said. Going back to 2015, as many as 15 people died from abusing drugs.

While they may be violating a law, people who overdose are generally seen as victims and not lawbreakers.

Eaton has been working with Chief Jeff Rasche of the Greenfield Police Department for months, he said, trying to find a way to aggressively enforce Indiana laws when a drug crime could result in death.

Greenfield investigators and first-responders approached Eaton some time ago asking his office to help stop the “revolving door” on continued drug abuse in the city.

First-responders are sometimes forced to use an opioid antidote, naloxone, to revive people who have overdosed on drugs. Frustration has grown because a number of drug abusers walk out of the hospital and pick up where they left off, using drugs and risking the same thing happening all over again.

“This was kind of wearing on our first-responders, so we had to figure out a way to do something,” Eaton said.

Eaton worked with GPD to devise a protocol: If they respond to an overdose scene, they’ll pursue a search warrant and attempt to find further evidence of illegal drug use, in addition to the illegal drug possession that an overdose presupposes.

The charge will probably be possession of a controlled substance, a likely Level 6 felony punishable up to 2½ years in jail, Eaton said.

The hope is incarcerated drug users will plead guilty and be put into a drug rehabilitation program, but Eaton knows things might not be that simple.

“If people want to not accept an agreement for some type of treatment-based outcome and take their chances in front of a judge, we can’t stop that,” Eaton said. “We know there will be some people who are not treatment-appropriate.”

Rasche said his department wanted to partner with the prosecutor’s office to test the idea of trying to stop the overdose cycle because it’s the right thing to do. If successful, other law enforcement agencies might follow suit.

GPD went on 23 overdose runs in 2019 and 20 in 2018, Rasche said. While that may not sound like a high number to the average person, of the 11 people who died countywide in 2019, dozens of other lives were affected, he pointed out.

Rasche admits it’s frustrating for his officers to be called to the scene and sometimes have to administer as many as three or four doses of naloxone, known commercially as Narcan, to revive someone, only to repeat the emergency intervention a few days later.

“We’re not looking to criminalize someone or put a case on them, but by starting this new process we can help get people into the system,” Rasche said.

The community has several drug rehabilitation programs, including the county’s drug court program, as well as faith-based support groups. But, because addiction is so powerful, Rasche said, users feel helpless.

“For the drug user, the answer is always to do it again, get high and they either die or end up overdosing,” Rasche said.

The prosecutor’s office came up with a new search warrant that will help officers be able to determine if a criminal charge should be filed.

Part of the overdose report will include such questions as: Did the person receive Narcan? If so, how many doses? Was Narcan effective, and does that mean evidence led officers to believe the incident was drug-related?

Narcan is only effective based on the use of opioid drugs, the report states. If the incident is opioid-based, officials will do a swab of the user’s mouth and get a result back quickly. If it does test positive, along with any other evidence officers can find outlined in the probable cause document, officials will charge the person who overdosed.

Rasche said it’s difficult to criminalize a person for addiction, but hoping the problem will go away is not the answer.

Once a person who has overdosed has received medical care, he or she will be sent to the county jail, where they will be treated like any other inmate with addiction issues until their case is heard in the courts.

While county judges will approach each case based on its merits, Eaton’s goal is to get the person who overdosed into either the county’s drug court or heroin protocol programs.

“Those programs do work,” Eaton said. “The alternative is either let them go and they die, or they’re incarcerated.”

Officials note the new policy could to lead to even more people going to the overcrowded jail. However, Sheriff Burkhart said he doesn’t think the arrests, maybe one a month, will be more of a burden to his staff members, who already work with addicts.

“Our doctors treat them for the symptoms of withdrawal, things like nausea or a fever and we isolate them until we can get them into the general population,” Burkhart said.

Once addicts are released, they receive a prescription for Vivitrol, a medication that blocks the effects of opioids, including pain relief and feelings of well-being, that can lead to abuse.

Burkhart feels the new jail, which will have a recovery pod unit, where addicts will get better treatment and programs, may be their only hope.

“I’m not a super fan of work-release programs because they are not for people with an addictive mindset,” Burkhart said. “These people need real education with therapeutic value.”

For now authorities, would rather give the drug user a shot at sobriety than just turning them loose to overdose again.

“We want to give them a new rudder to help them change their direction,” Rasche said.

For Eaton, the idea behind the program is simple: Either let people die or try to fight drug abuse, his sworn duty.

“I just don’t want any more people to die,” Eaton said. “This county is my home, and we have to do everything we can to keep it from turning into one of the communities along I-70 that is ravaged by drugs.”