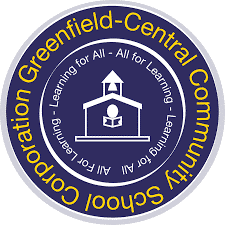 GREENFIELD — The Greenfield-Central School Board this week hired a contractor to oversee its multimillion-dollar building improvement plan.

The board voted unanimously Monday to award a design-build contract to Performance Services, Inc., of Indianapolis. Greenfield-Central plans to bond up to $15 million this year to renovate portions of each of the district’s eight buildings, ranging from mechanical upgrades to building additions.

The bond, which should be issued in the fall, will not result in raised taxes, Greenfield-Central officials say.

Performance Services and Pepper Construction, a Chicago-based contractor that has an Indianapolis office, submitted proposals in early June. Last week, a five-person technical review committee, comprised of construction experts and administrators, scored each contractor based on their conceptual design and how well the respondents kept the scope within a certain price tag.

Jamie Lake, of J. Lake Architecture and Design, the criteria developer for the project, told the board on Monday evening that the technical review committee will next work with Performance Services to tweak any aspects of the project before the contractor submits its final design proposal and cost.

While the list of building projects isn’t officially finalized, Greenfield-Central Superintendent Harold Olin said he’s confident most of the work will occur at Greenfield-Central High School. He said the project proposes safety, programmatic, mechanical and aesthetic changes for the district’s schools.

With fine arts programs on the rise, the corporation plans to expand space for high school music classes. Those rooms will take over existing locker rooms and weight rooms, Olin said, causing the district to build a new athletic area. The high school’s greenhouse will also get updated.

The project also calls for a reconfiguration of the entryway at Weston Elementary School; a new auxiliary gymnasium at the junior high school; and upgrades to chillers, pumps, restrooms, roofs and parking lots at several Greenfield-Central buildings. Olin said the corporation cannot afford to update those features within the normal operations fund; issuing a bond fills the gap in funding, he said.

Nate Day, business manager for Greenfield-Central, said while anticipated hard and soft construction costs for the project amounts to $10.8 million, the $15 million bond — which replaces corporation debt that falls off this year — will cover contingency fees and bond issuance costs.

Olin said the corporation’s total debt service has dropped over the past five years, from $11 million to about $9 million in 2019, giving residents relief. Day said it’s important to not have “wild swings” in tax rates, so keeping it neutral by issuing another bond keeps the rate consistent for taxpayers.

“Debt neutrality has been very important to us in this office; it’s been important to our board; and we believe it’s important to our community,” Olin added, saying the corporation “owes it” to students and taxpayers to maintain buildings.

If the project remains on schedule, Olin said crews will start in late October and end by August 2020.